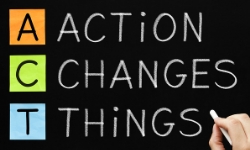 Following Article was submitted by Gourish via Email.

Hope you still remember me. 🙂 I don’t know why you are posting so many articles about contrasting India and US system now a days. Probably will get your good old response “to create awareness”. Wish I could agree with you now as I did in the past.

Anyways, to tell you something I was restraining myself to write on this topic from many days. Have no exact idea why I did it.

May be to hear what others say, or may be to know in which direction this discussion heads to. Well let me not be a diplomatic or a patriotic Indian. Let me try answering in human perspectives.

The first reason to hate your response “to create awareness” now is, you are not doing it anymore.

Well it would be a little chaotic right now. Let me make it clear. Comparison is not bad at all. That’s the sole way of measuring the performance of a system. Its good that you have been posting the contrasting opinions of both sides.

I totally respect that. (And agree that not many have noticed yet. :)) However, ask yourself. Are you heading this discussion in a good direction.

There are several problems on both the sides. Or may be more towards our motherland. But this kind of discussion is not going to resolve those issues at all.

All I wish to say here is “Lets LIST the PROBLEMS and DISCUSS the counter SOLUTIONS.” And what we are doing now is discussing the problems. Hope the highlight makes it clear.

Almost all the educated people and especially the blog followers know what the problems are, though not to the extent one would expect. However, not many of us know the possible ways that we can resolve them. I’m sure you would argue that all you are doing is to motivate people about it. Well may be I would agree with that. But the way you have chosen to motivate people is probably not the ideal one. Rather it would motivate people in a wrong direction. There are several points to compare and lets not keep blaming the system or culture of any country. Lets forget the borders for a minute.

1) We know the problems but not the counters. Don’t we?

That’s where it lead to furious comments.

The one ‘HOW’ would have been lead to a much better discussion.

Say for example, talking about the literacy, how many of us don’t know the problem with education system in India? Well almost everyone that follows blog knows it. I wish, if you could have asked them “What would make Indian education system better?”.

Rather than the reasons to choose for US education. Everyone knows US education system is better, However, let me tell you something as per my observation, if majority of the people including students toiling down there turn out to be a little more loyal, we could match the US system very soon. I’m pretty confident about this and I’m sure you do too.

If the US could change this habit of many of our folks, we should not have been seeing many of US returned so called “elegant” people as central ministers and being involved in corruption. It should come from one’s mindset to fight against corruption and that can happen only when people change. And this change will not going to be drastic. It takes time and great efforts but not the comments, blames and the stuff we are doing right now.

On the other hand Anna Hazare did not attend any US school. So its not about where we are, its about how we are? No system should influence you until and unless you are determined.

To not to offend anyone, after being here almost for 9 months, all I see around me is a bunch of people from the same nest I belong, talking about money. Trust me, not many of us are here for genuine education.

All that we said at Visa interview is high time bullshit. . So when we are all set to fulfill our desires and be selfish knowing that the life is not eternal, how can we solve a problem that is thousand miles away? Well we definitely can do it.

Lets ask about this in your blog and I’m pretty sure even if we receive 10 responses, they all will be GENUINE. There are definitely possible counters for everything.

There are many articles saying that ” In america, A woman is raped every 2 minutes, according to the U.S. Department of Justice” (http://www.paralumun.com/issuesrapestats.htm).

But do we look at sex in the same way as Americans do? Or is it the sex that we should relate to rape instances? Well me being asked for stopping the verb-battle, should not have written this right?

For a while I should request you to stop getting into debate right here about the facts. We know there is a problem. So no matter what the comparison ratio is, even a single rape assault is dangerous and should not happen ever whether its in US or in India. Lets see how can we prevent it. Can’t we hear atleast few recommendations that are worth spending time on?
To talk about violence, its everywhere.

It somewhat looks more in magnitude in India because, while the population in US is 312,780,968 and that in India is 1,220,200,000. But my astonishment was merely because, nobody bothered about the one that takes place in Africa, Afganistan, Iraq, Libya, Palestine and many places.

And who is responsible for it in many of these places? No matter what, we should suppress violence. And how can we do it? By running away and settling down in the safest place no matter whether that place is in US or in India? One possible counter would be understanding why it happens.

As I see, its because of the illiteracy and unemployment. Lets hit those problems. Stop buying the second car and invest your extra money to fund a good education to the children in India or any other country to make them good citizens.

Cut down your prices on alcohol and cigarettes to turn the money to feed the hungry souls. (I really laughed at myself while writing this, because I could not even convince many of my friends to leave smoking and alcohol.

However, I did convince and made many of my friends to assist the poor and needy ones.)

To list there are many. But hope I have made points clear. And to end it in a good way,

When the GATE’s foundation is doing it, why not us?

Well not much explanation is required for this. They have huge funds directed towards solving the problem of HUMANS, crossing the borders when we are fighting with our good old style which lead British to rule us for several decades through the famous “Divide and rule system”.

Warren Buffet donated $30 billion to GATES foundation to do what they are doing.

The GATES foundation is assisting India, Africa, Bangladesh, Afghanistan and many other countries with all that they can do starting from medicine, food, agriculture, birth control and what not. (http://www.gatesfoundation.org/Pages/home.aspx).

Being born in an environment and growing up with a good understanding of what the problems basically are, we rather should start investing our time in something that is useful.

Having said all this, I know putting all these in words is simple and implementation is rather complicated.

Lets direct our discussions to solving this complicated issue rather than worsening it. Well to put it in your WORDS :P, I just wanted to tell you this is how your “creating awareness” should be directed.

Every drop that we save will serve for our summer. And no matter where we settle down, we all need the Indian spicy food at the end of the day.

“Every coin has two faces. The face you see depends on where you stand!”

Here is my response

99.9% of those who cursed and bashed for the previous article is going to bribe or take part in one of the 17 reasons.

If you have guts when you happen to do one such thing, stand up to it.

Gaurish talked about not creating awareness.

But, each and everyone who cursed for posting previous post should feel ashamed, if you even think about bribing or not standing up to any of events that listed in 17 reasons.

Its easy for you to post comments here for writing about realities in India, but how many of you can actually live up to it?

Other than one person (Tripta) no one said “I never gave bribe or will never give bribe”.

I have been following this blog from long time. India is the place where lot of crowed act foolish though they did their PhD’s(in India) when it comes to these kind of discussions.

People want a change in the nation but they don’t change.

Government employees are blood suckers I had to pay 4000 Rs as a bribe to get my birth certificate, if not you will not get it I can bet on it. What about poor people who can not afford to pay. We work hard, earn money and we pay taxes from our salaries in return not a buck will be spent for us instead politicians eats away the whole sum.

I don’t expect a change in our nation, if you do for god sake you are just irrational human being. Some generations should die that’s when we can expect a change. Educated or uneducated they think and act in the same way.

I was working in an Indian company. I couldn’t work for 4 months. Later I joined an American company in India I feel bit better but you have to deal with the same typical Indian mentality. They expect you to talk in their mother tongue like Hindi, Telugu, Tamil etc I don’t know a single word of Hindi or what ever the language is. No one understand no one properly. If we start talking in English It ends in an argument or a dispute.

Hell lot of politics in every office, its is an Indian company or it could be a MNC. If an Indian try to talk in American Accent Indian people will kill your desire makes it withers away. We act as if world has learned English from us.

Example: a politician ate way a lakhs of crores I have asked when there was a small discussion with a person who did his MCA and a corporate employee, that why will you vote to the same person, he said every one is does that whats wrong in it. I swear to god I was speech less.

Again – Even if you happen to take part or witness one of 17 reasons, if you think for  second  “Man, I cursed in the post in HSB for writing about India, but I’m actually doing it now”, that’ the kind of awareness these post should have (or it could have).