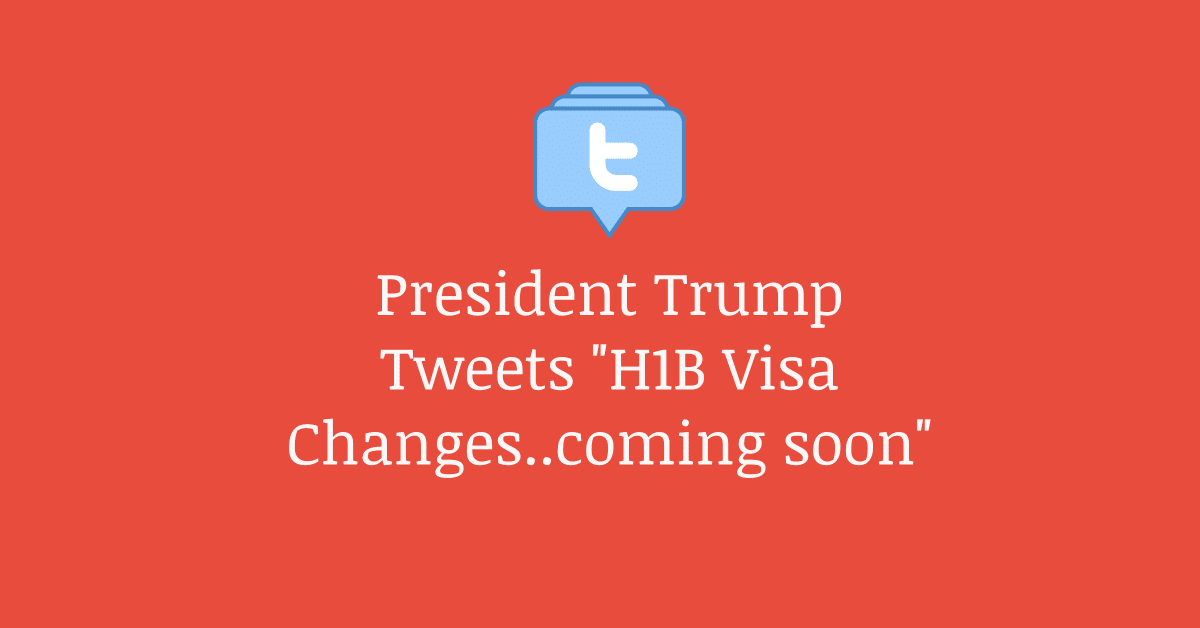 President Trump tweeted about H1B Visa today (Friday Morning). He talks of upcoming changes and a potential path to Citizenship. I’m pretyt sure, everyone related to the H1B Visa community is on fire!

Here’s what the President tweeted about the upcoming changes to H1B Visa.

H1-B holders in the United States can rest assured that changes are soon coming which will bring both simplicity and certainty to your stay, including a potential path to citizenship. We want to encourage talented and highly skilled people to pursue career options in the U.S.

In reality, changes we have seen are in the form of Executive Order and Federal Agencies have established new changes as the result of the Executive Order (Buy American, Hire American”).

H1-B holders in the United States can rest assured that changes are soon coming which will bring both simplicity and certainty to your stay, including a potential path to citizenship. We want to encourage talented and highly skilled people to pursue career options in the U.S.

For major changes to the program, Congress would have to pass the bill.

With new political dynamics in the Congress with Democrats controlling the House, we have to see how this plays out and if there’s a possibility of piece-meal or comprehensive immigration reform.

In my observation, major bills don’t get passed on the Election year. So, if there’s going to be any Immigration bills taken-up, it would be this year (2019).

Here are some interesting tweets (for & against) in response to the President H1B Visa Tweet.

Thank You @realDonaldTrump for thinking about high-skilled immigrants(Engineers,Doctors,Scientists). Please end the uncertainty, complexity & the unfair 150yr wait that 300,000 tax paying professionals & their families face while others breeze through the process in 150days! pic.twitter.com/cJLfPImaVy

We see some hope. President Sir we would be very happy if you can clear the humongous Green Card backlog. You will become the undisputed leader for 1 million citizens in making.
Many Thanks [email protected] @RandPaul @FoxNews @newtgingrich @PeteSessions @iamshalabhkumar

There are sure a lot of people from India commenting. Did you think Trump intends on lifting the country cap or getting rid of the lottery? You're fooling yourself if you think he wouldn't get major backlash from voters.

@realDonaldTrump We can pay for your wall. Help us get out of the humongous backlog. Wall to promote legal immigration made by legal immigrants

I am seeing in responses where immigrants have stated they would happily pay $5000 for expedited acceptance for citizenship; I would expect this may be the same for DACA and Dreamers.

The H-1B Visa season is yet to start, but it looks like someone who’s planning to apply for H-1B Visa 2012 has heard some unfounded rumors about the H-1B program, which we’ll discuss here. I’m planning to graduate by end of this year and if I ever get a job, I will apply for an H-1B…

It’s expected that about 150,000 H-1B Visa petitions will be filed for the 2008 – 2009 fiscal year, where there are only 20,000 visas for advanced degree holders, while from the remaining 65,000 visas, 1,400 H-1B visa numbers are exclusively available for Chileans, while 5,400 are set aside for Singaporean nationals. Companies that are planning to move… 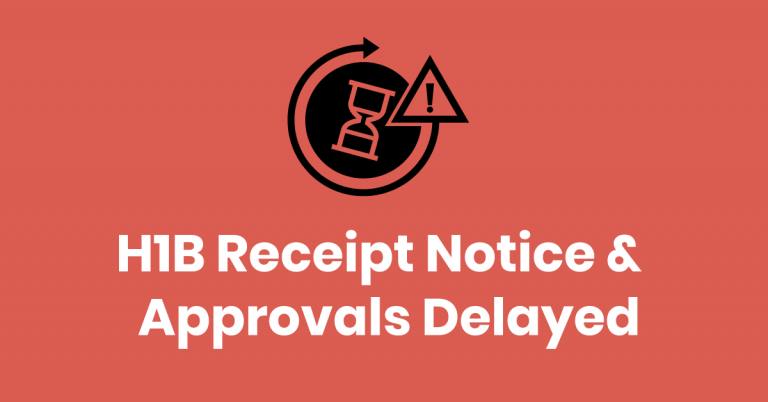 USCIS announced a delay in Data Entry and Receipt Number Generation for H1B Visa 2021. This delay is also expected to impact the H1B Visa Processing time. According to USCIS, this What do you need to know? Delay is expected till May 1, 2020 Filing window to submit the H1B PetitionPetition will not change The… 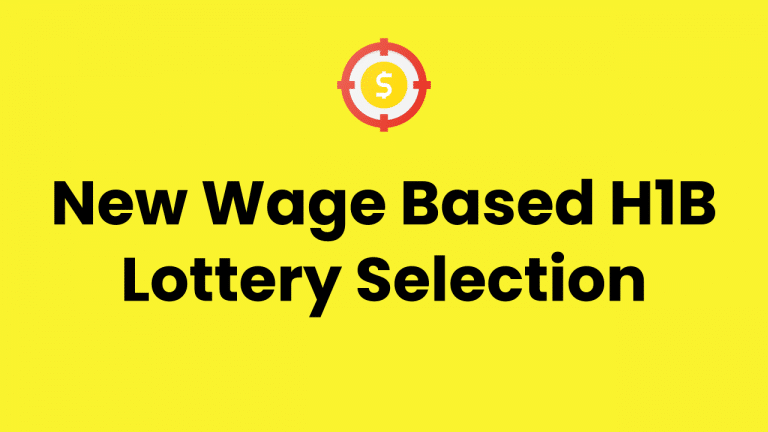 USCIS is about to Publish the Final Rule on Jan 8, 2020, that modifies how H1B Visa will be selected. Current Selection Process: Random Selection from Registration New Selection Process: Selection Based on Higher Wages (Salaries) offered I’m sure you want to know how this new H1B Selection based on Salary will impact you. Keep…