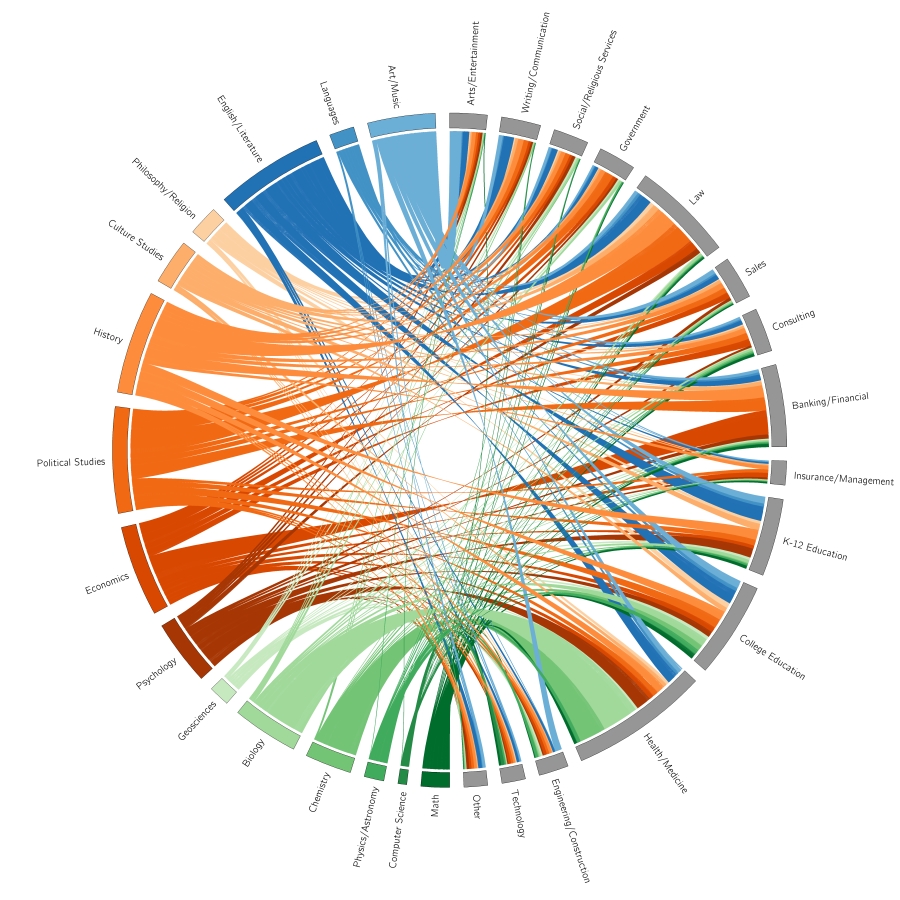 Do you want to know the impact of College Majors on Career Paths?

We all know USA is land of opportunities and education system is flexible. You don’t have to be stuck to a filed, if you don’t like the it.

I got permission to reproduce this visualization – Impact of Major on Career Path from Professor Satyam Devadoss – Associate Professor of Mathematics at William College.

The left side of the circle is broken into 15 parts, each representing a grouping of all majors available at Williams College.

For example -Cultural Studies includes such majors as Anthropology, Sociology, and Asian Studies.

The right side of the circle is similarly broken into 15 parts, each representing a grouping of possible careers chosen by Williams alums.

Each of the 15600 alums has an arc going from the left side of the circle to the right.

Those with double-majors have two arcs on the left (one from each of their majors, each arc of 1/2 thickness) that combine into one resulting career choice.

Majority of Biology Majors have gone into Medical field.

I think majority of the folks with CS major have gone to Technology fields and spread among other options seem to be less.

Majors have gone to 15 different fields.

Looks like not a lot of students opted for GeoSciences Major.

Quite a lot of students graduated with History as one of their Major.

In Math, unlike other majors, you don’t see concentration on one specific career path.

Thickness of the line from Major to Career Path reflects the number of people opted to study this specific major.

I wonder why Political Sciences students have double majors?

Division 2 implies that majority of Graduates from Williams College had Majors located within this Division 2. Most of them had double Majors.

Compilation of All Majors and Career Path

I have witnessed the power of flexibility  on education system in USA.

For instance, my Primary care doctor was a a Software Engineer. I was surprised to see when he spoke about C and Java programming.

He went to medical school after completing Bachelors in Computer Science and Engineering.

If you are stuck at doing something  you don’t love and don’t see an opportunity to switch your field, USA is the best place to do what you always wanted to do.

I see several non computer science majors switching to Masters in Computer Science. Most of them switch due to higher salary.

Likewise, its is possible go from Engineering to Arts, Law, Management, Medicine, etc.

What do you think about this visualization Impact of Major on Career Path?

Share you comments on how this pictures have changed your thinking, prespective about US Education?

Following  Article was written by Ashish Arora. Well I don’t agree with the views of above person about giving priority to MS over experience. The reason being that above stated points like dreams and salary in US are based on simple assumption that he will land up with the job the moment his education will… 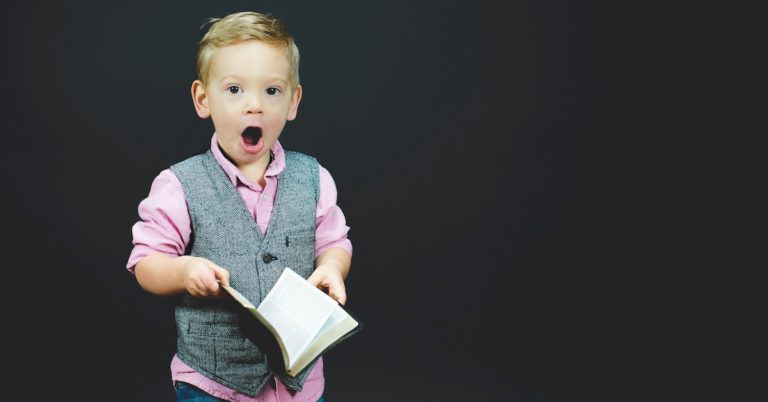 Let me tell you a story about a policeman and a drunkard. Have you heard about The Drunkards Principle? A policeman sees a drunk man searching for something under a streetlight. He asks what the drunk has lost. He says he lost his keys. And they both look under the streetlight together. After a few…

We already know Facebook pays ton of money for Interns and Software Engineers. When they pay ton of money, then you would expect they hire only top class employees right? Carlos Bueno, engineer shared details on hiring process at Facebook for software engineers and other technical positions. Hiring process followed at Facebook is typical with…

Salary Survey Methodology – Annual pay for bachelor’s degree graduates without higher degrees. The typical starting graduates have 3 years of work experience, while those in mid-career have 15.5 years. This survey lists the top 10 universities in the State of California based on student’s salaries. The above salary survey was conducted by Payscale.com. Considering…

Have you ever asked yourself: “Can I work after earning my bachelor’s degree or after attending graduate school in the U.S.? If so, what are the job opportunities in the U.S.? Well, it was not a tough decision in my case because I was very much determined to study in the U.S. and never did…