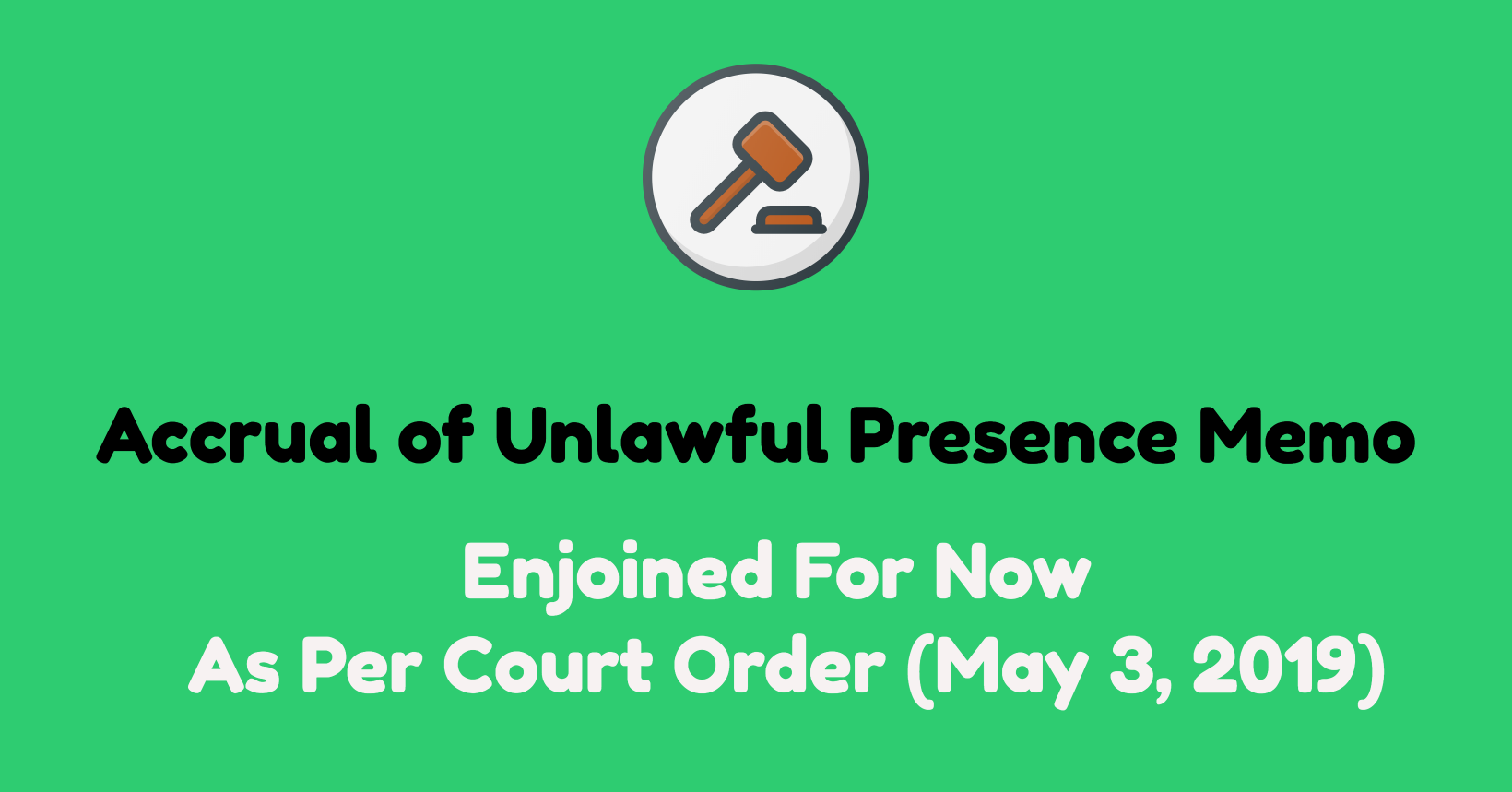 What does that even mean?

What about the word Enjoins in the following statement?

“The motion is GRANTED in that the Court hereby enjoins implementation, in all applications, of the memorandum titled “Accrual of Unlawful Presence and F, J, and M Nonimmigrants”

Is that good or bad?

You should read the following to get a better picture.

“The Court therefore concludes that, under the circumstances of this case, a nationwide preliminary injunction is appropriate. Defendants [DHS] shall be enjoined from enforcing the policy set forth in the August 2018 Policy Memorandum, in all its applications nationwide, pending resolution of this lawsuit.”

I’m not a lawyer. But, the gist of the message goes as follows.

The Court asked USCIS not to enforce or implement the Unlawful Presence Memo until there’s a resolution.

You can read the 31-page court decision below and if you just want to know the Order, here’s the screenshot of the last page. 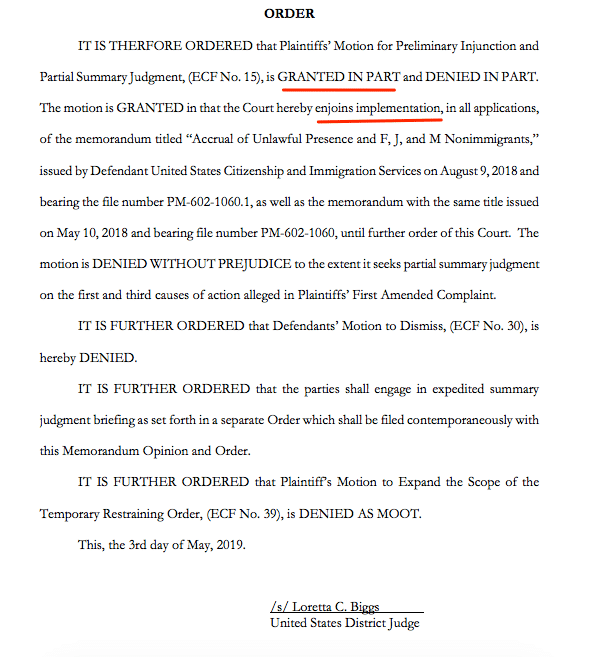 How Does This Memo Impact You?

Here’s how this memo would have impacted you as per USCIS.

If students on F, M or J visa engages in unauthorized activity, and if the total days from Aug 8, 2018 is more than 180 after the activity happens, it could results in a 3-year ban from entering the USA.

Now, the court has asked USCIS to stop implementing this memo until there’s a resolution.

Here’s the Definition of the word Enjoin

Prohibit someone from performing (a particular action) by issuing an injunction.

I wonder why simple words like prohibit, ban, bar, prevent could be used. I will leave that to the Lawyers!

You should have heard about two Memo from USCIS in the past few months that’s been discussed and looked through the lens – The Memo for Accrual of Unlawful Presence for F, J and M Visa holders went into effect on August 9, 2018, and third-party placement of STEM OPT workers. The third party work site…

Federal Judge Cancelled 17 Months STEM OPT Extension with effective date of Feb 12, 2016. So, biggest question is, How does this affect you (students)? To be more specific, here are the various stages of Current and Prospective Student and the impact on them at various stages. A Student who just arrived in USA for… 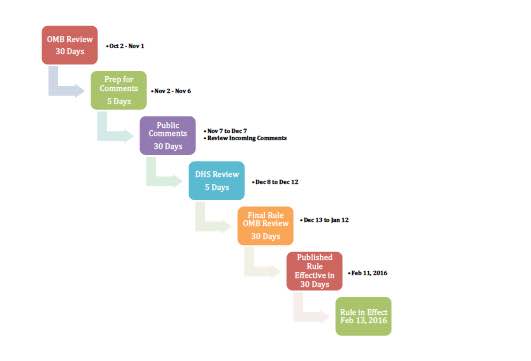 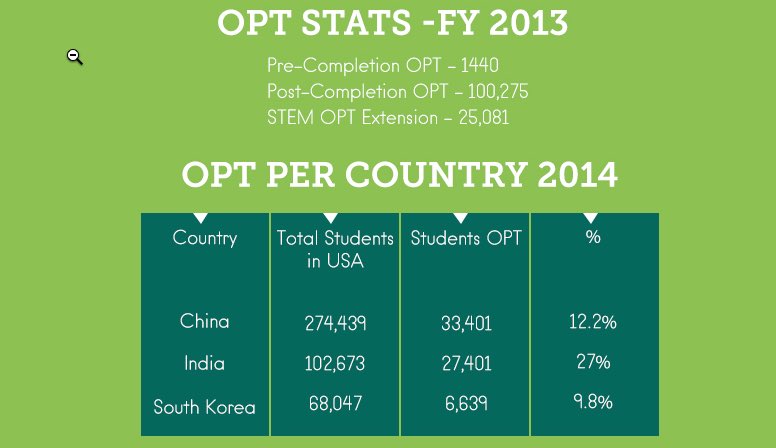 OPT is an Acronym for Optional Practical Training. For an F1 Student studying in America, OPT period provides Employment Authorization Document (EAD) to work in the USA during the course of study or after graduation. F1 students can make use of Initial 12 months OPT Period post Graduation.  Qualified students can get an additional 17…