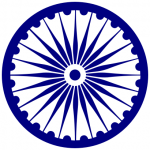 One beautiful morning in the Spring of 2012, I set sail (OK, not sail, I start my drive from Boston) to the office of the Indian Consulate in New York city, New York.

Why: I had to get a Power of Attorney attested for some property in India.

I started from Boston at about 4 am so that I could reach NYC before 9 am and get early bird parking.

For those who don’t know, if you reach NYC before 9 am, you can park for 12 hours for about 14-15 bucks almost anywhere, after that you are looking at paying 40-60 bucks for the same.

I did hit some traffic backups in NYC but still managed to pull over into a garage in happy hours.

Grabbed a coffee and sandwich at starbucks and walked into the consulate office located right across the central park in the posh Manhattan.

You take a narrow stairway down to the office, the stairway is wide enough to accommodate a medium built person, not wide enough for 2 way traffic.

It was early spring so the weather was pleasant.

The moment I reached the basement, I couldn’t find where to go so I went to the hall in the right where there was a African American guy who asked me why I was there and I told him why, he gave me a token and asked me to go to the hall on the left.

He wasn’t particularly polite but I didn’t expect much anyway.

Once in the hall on the left, I was shocked, there were NOT enough places to sit, there was some news papers which I thought looked hyper crushed and looking at the date revealed that they were 5 days old.

Standing at the side with my friend, we look up at the fans and they have tons of dust gathered on them. Bathrooms did not have toilet paper. The staff did not look fluent in English and often started talking in Hindi.

After submitting the papers for attestation, we decided to actually use the public toilet at central park as that way way cleaner.

We went for lunch and came back later to collect the documents and that went through smoothly.

Although we were able to get the work done, I expected the consulate in NYC which is the face of the country to be way better than that.

I know I will hear lot of comments on what I am going to say now, but that day, I couldn’t say I love my India or India is great.

I remember when I got my first two suitcase when I came to America in Bangalore, India. Since then, I have made several round trips and visited several other countries. This article will give an general overview about what suitcase to buy and how much to spend. These days we travel to India with 6 suitcases….

CBP (Customs and Border Protection) of USA have implemented new Paperless Electronic I94 form. If you enter USA after April 30, 2013, CBP officers will no longer issue paper I-94 card. When you enter USA, CBP Officer generally attaches the I-94 to the visitor’s passport and stamps the departure date on the form. Paper based…

Life is US is tightly knit around Credit Score and Credit history. To build your credit score and credit history, you would need credit card. When I started learning about credit cards, it was all confusing. When seniors talk about balance transfer, APR, credit score, credit report, rewards, cash back, etc it was way above…

I have a created list of things to carry to the USA for students (F1, J1 and M Visa) who are traveling for the first time. I have been here in the United States for over 13 years, and had traveled several times from the U.S. to India and from India back here. Not to…

How to Make Cheap Phone Calls to India? There are several ways, it’s just the matter of preference, convenience and cost. I used to make phone calls to India using Calling Cards. It used to be $0.25 cents per minute. Then came Reliance and they made it really easy with quick dial options. I believe…