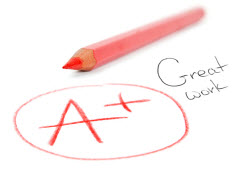 Are you looking for a GPA Converter to convert your academic percentage to GPA in a 4.0 scale?

I have received around 100 questions from readers about how to convert percentage grades to GPA and other related conversions into GPA. Here are some of the questions:

Every student who fills up a graduate school application have the same question. And most of them try to find a GPA Converter.

I was in the same exact situation a few years back and searched all over for a GPA converter to convert my academic grade (80%) in percentage into GPA to complete my graduate school application.

I sent several emails to international students in the U.S. at that time and posted messages in the groups, asking for a formula for converting percentage to GPA. I wasn’t able to find one universally accepted formula or converter.

I got one email asking for profile evaluation and he said GPA is 4.0 and he was from India. So I wrote back and asked him how did he convert his academic percentage to GPA?

His reply was, he just assumed GPA is 4.0, since he didn’t know how to convert his academics to GPA.

So, let’s first understand what GPA is. In countries like India, the percentage system (1 to 100) is used to grade a student’s performance. Similarly, U.S. universities use GPA to grade students, which is between 0 to 4.0.

Grade Point Average (GPA) is an internationally recognized calculation method used to find the average result of all grades achieved in a course. Using GPA

How is GPA Calculated:

John gets the following grades:

Calculate the points for each of your courses, add them up, and divide by the total credit hours you have taken…the result is your GPA.

Universities in the U.S. convert academic percentages to GPA in order to calculate the academic capability of a student. Applications are rejected when the minimum GPA requirements aren’t met.

How is Percentage Calculated?

Percentage calculation is simple. There are no credit hours involved.

So, the average of the course percentage is the total academic percentage, which is 88%

There is no universal way to convert Academic percentage to GPA or CGPA to GPA or any other scale to GPA.

In addition to percentage score of 1 to 100, there are several other academic scales –

There has to be some form of mapping between different academic standards, right?

No, there isn’t a universal, scientific GPA Converter.

But U.S. universities have some form of GPA converter. But it’s specific to each school.

Before explaining some GPA conversion formulas used by colleges, let me explain how grades are calculated in U.S. colleges and universities.

Even though both systems evaluate the student’s performance, they are not the same or is it possible to equate both the grading systems.

So, can we convert Percentage or CGPA to GPA?

Usually graduate courses in a master’s program have 3 credit hours. For our example, let’s assume all 3 courses have 3 credits each. Let’s say that at end of the semester, professors assign you the following grades:

GPA is calculated as follows:

And the way in which grades are assigned is another whole topic for discussion.

Now, you will have an understanding of the grading system in the U.S. and it’s very clear to say that percentage will not exactly correlate with GPA calculation.

But, universities will have some general mechanism to convert percentage to GPA and that varies with each university. They have their own GPA converter.

If you are looking for a formula to like Fahrenheit to Celsius type of conversion for GPA Converter, you are not going to find any.

So, you really can’t convert academic percentage or CPGA to GPA.

The best way is to mention your current academic percentage in the college admission application.

Colleges will know what to do with your percentage score and in some instances, colleges might ask for a transcripts evaluation, which will include GPA calculation based on the company.

Question from a reader about process of getting Letter of Recommendation in India. I’m a big fan of HSB. Having said that, I had to ask you a question . I’m a Ministry of defense employee (India) and it would be very hard for me to get an online LOR as our emails are scrutinized…

I have read lots of blog. My situation is slighty different. My name is Rohit PXXX. As i was born and brought up in Tamil Nadu I use initial with my name. So my name is ”S Rohit PXXX” as my dad name starts with ”S”. I have all my certificates and Marksheet as ”S…

Today, I’m answering a couple of questions about the bank statement for Graduate School Application and Admission in the USA. I am applying for the Fall semester for a graduate program (Ph.D.) in the biological sciences. I would like to know more about bank statements as I need to show loans as my source of finance….

You must have read my previous post on graduate school admission in Spring semester, which discusses the different types of questions and ideas raised by graduate students. If you haven’t read it (Spring semester admission in Graduate School), I strongly suggest that you first visit that post before continuing reading this. That previous article will…