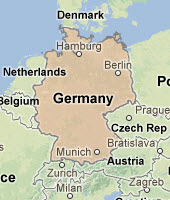 In my Bachelor’s (Biotechnology), I was never to sure what to study in future whether to go for jobs or go for higher studies.

But in my final semester I had found a job and decided to continue with job. This company was one of the biggest in India.

After one and half-year, I realized that I can do better than working in a Biotech company.

I wanted to study outside India and I had already have given GRE test with a score more than 1100 and acceptable score in TOEFL.

I was sure to get a admit in an US university. But,  I did some research about US universities and the education system in US.

I found out the challenge to work in a research field and the future research work was done more in European countries than in US. So I decided to apply in Europe. Only options, I had in Europe was UK and Germany.

I had a lot of admits from UK universities and from few German universities. In the end I decided against UK and selected to study in Germany.

Why Study in Germany?

German Universities universities was attractive to me because of the environment they wanted to give their international students.

This environment is really world-class and is one of the reason I decided to move to Germany for further education.

Believe me German people are smart with wonderful minds. I respect that plus German government provides some amazing facilities to the students. I will post few other advantages of studying in Germany in my future posts.