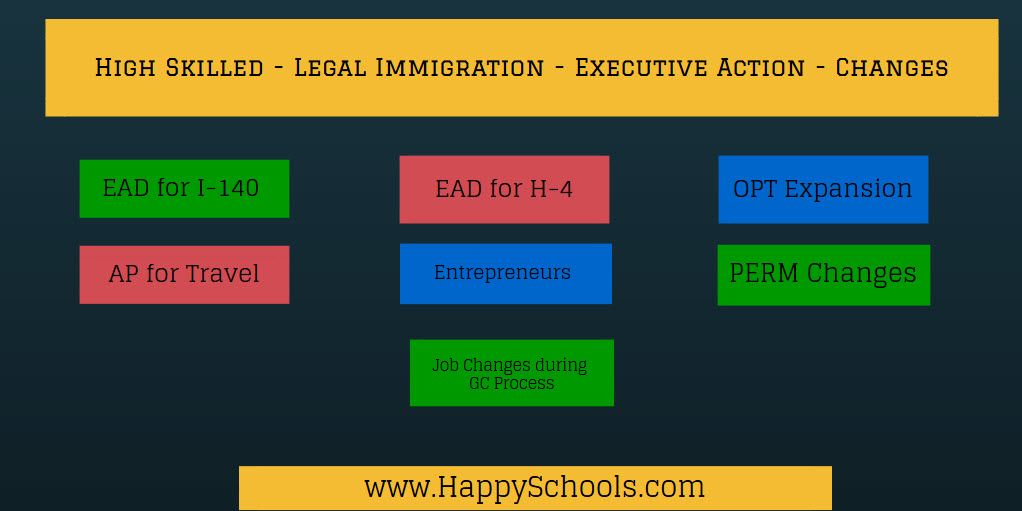 Here’s the leaked memo about President Obama’s Executive Action on legal Immigration Reform for High Skilled workers who are waiting for ages to get green card.

Details of the Legal Immigration

The President’s actions will also streamline legal immigration to boost our economy and promote naturalization by: 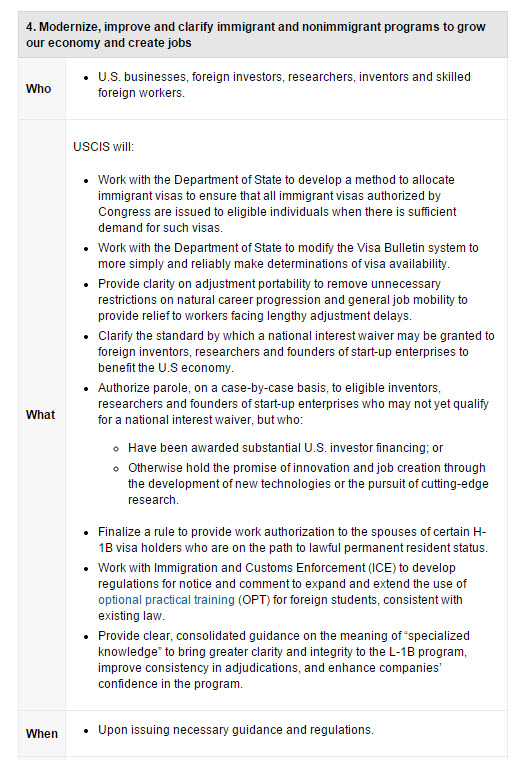 So, H4 for EAD will be implemented shortly. Other related actions can take several months ( maybe till end of next year). You may ask why?

Refer to to Rule Making Process that EAD for H4 went through. To implement the above proposals, USCIS will have to follow the same process.

EAD for H4 Spouses could be implemented in December 2014. Confirmed.

To learn more visit this EAD for H4 page.