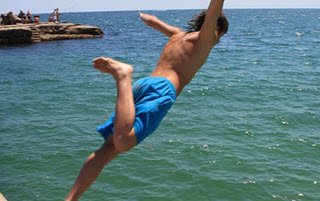 I am Prasad, currently pursuing my Master’s in Computer Science at University of Cincinnati(Fall 2013). I have been reading your blog since I thought of planning my Master’s in US and the blog has become quite handy I must say.

There were one or two controversial posts if I do remember correctly. Except for that, everything else here seems to be a repository of information which will help students right from preparing for GRE exam to applying credit card after getting SSN here in States.

Hats off to all of you and mainly Raghuram Sukumar for all this information.

PS: These are my personal views. You probably might have different views!

I would like to share my views based on my experiences here in United States for the past six months.

I was thrilled and amazed by this country and people’s adherence to rules.

They were just two examples.

There are so many instances like that which had their influence on me to think that this country is so systematic.

It’s not that I like this country more than I like my own country but there is something in here which attracts me.

Obviously, my motherland is my first preference but one day I would love to see the same things I am seeing here in my own country i.e. people adhering to rules, freedom to do whatever we want to and other things.

That being said, I don’t agree with the statement that this country is forward in every single thing because there are few things like safety which are well handled in India than here I feel.

For example, every two or three days I will get an email from my school saying a student has been mugged.

Probably it might be because the person who was mugged was not careful i.e. he might have been walking alone in night which is not suggested here.

If it were to be in my city in India, I wouldn’t think twice to walk alone at 12AM 😛

Let’s get into few specifics which people who are planning to come here to study might be interested:

Major change that you will for sure observe in people who come here is change of eating habits.

There are so many reasons for that and people will eventually end up adapting to these eating habits, which I think is good (adapting, not the food!).

Adapting to Life in USA

It takes hardly a semester to adapt here.

If you are sociable, then it will be very easy for you.

People here are very stringent when it comes to rules.

So you might face few problems at the beginning because of that.

For example my application for Duke (electricity) was rejected because there was a slight mismatch between my name on application and the one on passport.

We will eventually get used to all these things because they are part of this system!

I feel kind of good to meet new people, get to adapt to new culture.

I was invited by an American family to their house for thanksgiving as a part of one program in my school which I feel is a very good initiative for us to get to know about people and culture in here.

I made some good American friends at my part time work place. Coming to studies, I am impressed by this system.

[div =class”content-box-red”]The professors will torture with lots of assignments and few projects. But at the end of semester, you will end up with valuable knowledge which you might not have acquired if the education system isn’t that practical. Overall, I have a different and good experience till now.[end-div]

To sum it up, I will say for those are planning to come here “There’s something for everyone here. It depends on you how you use these opportunities for bettering your career”.

I have been longing to write one blog post here and when I finally thought of writing one, I couldn’t get many thoughts. It’s time to put an end to this post before it turns out like Rahul’s interview to Arnab!

Good luck with everything and have a wonderful day ahead! Thanks.

Related : Definition of American Lifestyle from the Eyes of an Indian Tourist

Always first week, month and semester in USA is the toughest. If you have mental toughness to face the challenges, rest of your stay will be enjoyable. This is second part of Srinivas’s experience.You can read the first part My First Month in USA – Part 1 Party Time. Maybe Not Later, me and my… 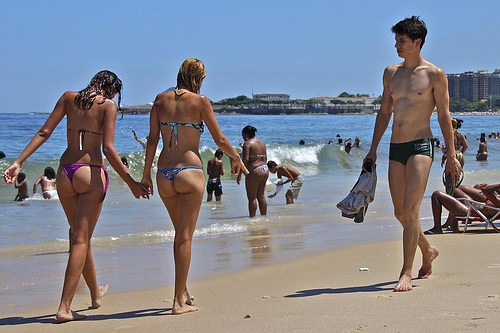 I am a regular reader of Happy Schools Blog and I have gained quiet a lot of tips for applying for MS, but now I am confused weather I should apply for MS or not, after doing a foreign internship in Brazil. I am a student in one if the NIT’s and was selected in…

Comment from Vanan about HSB posting demotivating articles about tough life in USA. Please do not discourage the students by saying them that education in U.S is tough. Please. I’m really hurt on reading that ‘probation’ post. I can’t even believe a bit of it. Seeing the comments there, it is horrible. One reader has…

Shared by a reader who would like to remain anonymous about Most Bizarre and Nerve-Racking First Semester in USA. I would start off by saying that I’m a meticulous person, I plan and organize and do my homework and think a 100 times before committing to anything. Planning for MS in USA I had Started…

The cost of studying in the U.S. is very high when compared to the cost that students pay to study in India. If you plan to study at U.S. universities, then plan for worst case scenarios. Make sure you take into account of all possible expenses you will likely and unlikely come across. Never assume that…