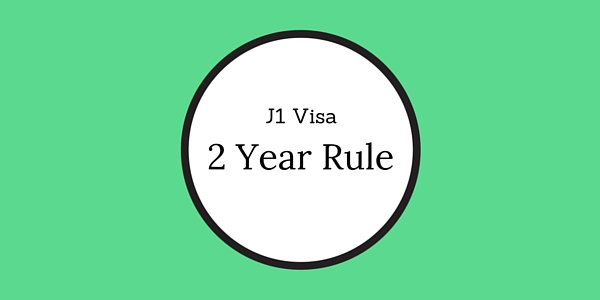 I spoke to two Happy Schools Readers on the same topic: J1 Visa and 2-Year Residency requirements, and its future impact on the F1 Visa and H1B Visa Application. One student (Harsha) is now facing the impact of a rule she was not aware. Another student (Histisha) would have run into the same issue in future.

Allow me to explain the J1 Visa and the 2-year residency requirements rule (from the Department of State website):

Certain exchange visitors (J-1) are subject to a two-year home-country physical presence requirement, which requires you to return to your home country for at least two years at the end of your exchange visitor program. This is also known as the foreign residence requirement under the U.S. law, “Immigration and Nationality Act, Section 212(e)”. If you are unable to return to your home country to fulfill the two-year requirement, you must obtain a waiver that has been approved by the Department of Homeland Security prior to changing status in the United States or being issued a visa in certain categories for travel to the United States.

If you are planning to go to the United States on a J1 visa, and if your J-1 Visa would have the 2-year rule, then you have to understand the implications it will have on your future.

Let’s see an example: You come to do an Internship on J1 visa with 2-year rule.

Let’s say you plan to come to U.S. on an F-1 Visa in future, then apply for the H-1B Visa. If you did not spend 2 years outside the U.S.A. after completing your J-1 Visa trip, then you can have MAJOR problems when applying for the H-1B (for instance). Here’s two students’ situations summary

“I am a pre-final year undergraduate student with majors in Petroleum Engineering. It’s rightly said that life ends up in confusion. As you might already know, there is a recession in the oil market, as is displayed in current news reports now and then. So as the possibility of getting a job in India has lessened significantly, I thought I would need to have a plan b to save myself from the jobless situation. I ended up preparing for the GRE. I have still not taken the exam, but the tentative dates will be in August, and for me it appears to be same.

Last December, after observing the market and seeing that petroleum is not a widespread field, I decided to do a research internship in universities abroad. I sent applications to 300 professors across the globe who teach petroleum subjects, and I got 5 replies (positive replies).

After screening through them (considering my budget and the stipend they will give me), I ended up selecting two options. One is in the U.S.A. and the other is the Petroleum Institute in Abu Dhabi.

Last summer, I went to Oklahoma for an international exposure program for 30 days on a J1 visa. This time, I will be going there on a J1 research visa. The 2-years residency requirements for the U.S.A. is a factor that scares me, mainly because I’m in my third year. I can’t come to U.S.A. right after finishing my Bachelor’s degree to study for a Masters.”

“I came to the U.S. on a J1 visa in September of 2011, then went back in April of 2012. My visa said I was subject to the 2-year foreign residency rule, but the info I had gotten from a few friends said that if I went back and came on an F1, the 2-year rule wouldn’t apply. I was told that it applies only to those changing from a J1 to an H, K, or L visa. So I went back in April of 2012 and came as an F1 student around December of 2012. There was no problem with any of this until now, and no one ever told me anything else regarding the 2-year home country residence rule, so I believed that changing to the F1 negated it.

I was then informed by him that the 2-year rule never gets out of your life, and instead stays forever until you either go back and finish the 2 years in your country, or you get a waiver. So I thought, “Okay, let’s see how to take a waiver.” I had come on the J1 sponsoring myself, and without any government help. When I checked, it looked like the process was tedious, as it requires you to have no objection letters from Indian government offices and lot of legal paperwork.

This process takes almost a year for you to get the waiver. Now, I am on an OPT extension until June of 2017. My attorney told me, “In that case, if you get the waiver before April of next year, we can file an H1 for next year, but does not look possible this year.”

It makes me feel so bad that I would be missing a great chance to apply for an H1 this year, when my company is ready. Next year would be my last and only chance, decreasing my chances to be selected to go any further.

I just can’t think straight, and I don’t know who to be angry at. The school should have told me that even if I changed to an F1, I would be still subjected to the 2-year rule. That info might have led to the decision of not coming here and instead putting money into doing another Masters.

Now that you have read the scenario faced due to the 2-year rule for the J1 Visa. Make sure that you fully understand the rules of the J1 Visa. If you haven’t gotten the J1 Visa Waiver or spent 2 years in your home country after completing your trip to the U.S. on it, it can come back to haunt you in future

I interviewed both Harsha and Hitisha. Each interview is about an hour long. You can learn from them in detail about the J1 Visa internship trip, the 2-Year Rule, what Harsha is doing to get the waiver, and their journey to America (and plans) in the full video.

How to View the Video? Join Video Master Class. You can get 6 months or 1 Year Access to watch all Master Class Interviews.

My visa interview was March 28th. My appointment was 7:30 AM. Typically, for F1 students, the sponsor’s are parents, relatives, spouse, brothers, sisters and bank loan. Sometimes, you could see the government sponsoring the students from Middle-Eastern countries. But, this interview is different. F1 visa applicant is sponsored by his company. Could you imagine TCS or Infy…

While sorting through my inbox, I saw this question from a prospective student whose F1 Visa was rejected 4 times due to fake documents. I’m sure you know that in India, there are always going to be a bunch of students who would pay the agents for getting bank statements. US Embassy and the Consulates…

Have you wondered why the dates for EB2 India and EB3 India for Green Card are not moving  and number of Green Card issued for EB2 India came from 23,000 to 3,000 in 3 years? U.S. Immigration law allows foreign nationals to obtain Green Card (aka Permenant Residency in the USA) through Employment. There are…

> Following post was shared by Venkataraman I have been following HSB weeks before i went for my first visa interview in December 2011. The visa was for an exchange program between my undergrad university (SASTRA, TAMIL NADU) and University of Wisconsin, Milwaukee. Iwas supposed to spend the final semester at UWM and do a…