The Neufeld Memo insists that there must be an employer-employee (H-1B) relationship at all times throughout the requested period of H-1B employment.

On one fateful day, January 11, 2010, when Continental Airlines Flight 49 landed in Newark from Mumbai, India, we know that CBP officer Matt McGirr and his colleagues, hunted through the lines for Indian H-1B workers even before they showed up for primary inspection. Their minds were made up. No detailed questions were asked. The moment they found Indian H-1B workers who uttered that they were working at a client site in the IT field, their fates were sealed. They were subjected to expedited removal orders and sent back to India.

The USCIS uses the following guidelines to determine Employer-Employee relationship:

If H-1B employees are working through a consulting company as contractors, they are mainly the most affected. They are the ones who will be affected because of this new memo.

During the H-1B 2010 season, it was hard to find consulting companies who would apply for an H-1B visa because they were receiving RFEs during that period. But this time, this memo is targeting current H-1B visa holders working as contractors.

The Neufeld H-1B Memo, which was released on Jan 8, 2010, is creating a lot of buzz among H-1B Visa sponsoring consulting companies.

New conditions set forth by the memo will make it impossible for consulting companies to sponsor H-1B visas.

So, what is the impact of the New H-1B Memo, regarding Employer-Employee relationship to folks who are planning to apply for an H-1B visa?

Even after reading the new memo, a few readers began asking for a list of consulting companies that would sponsor H-1B visa petitions.

It would be better that you stop looking for H-1B visa-sponsoring consulting companies. Instead, consider investing time and money to get a degree from U.S. colleges or universities.

What would you do? Will you still try to apply for an H-1B visa? Please share your thoughts.

Consulting Companies have figured out the way to overcome the Neufeld Memo requirements. But, its impact is still widely felt by employers even today.

My friend is going to graduate with MS in the 1st week of may 2013 (next month). Due to some reasons their department HOD is not going to sign the OPT form.  So in order to stay in USA I just gave few options to my friend like Apply for H-1B (consulting Firms) this year…

I guess a few of you should be concerned about the talk of the New H1B bill with 100k salary. Not to mention what President Trump plans to do the H1B Visa Program.  There’s already two New H1B Visa Bill under President Trump. I received a couple of emails asking about the new Bill and how… 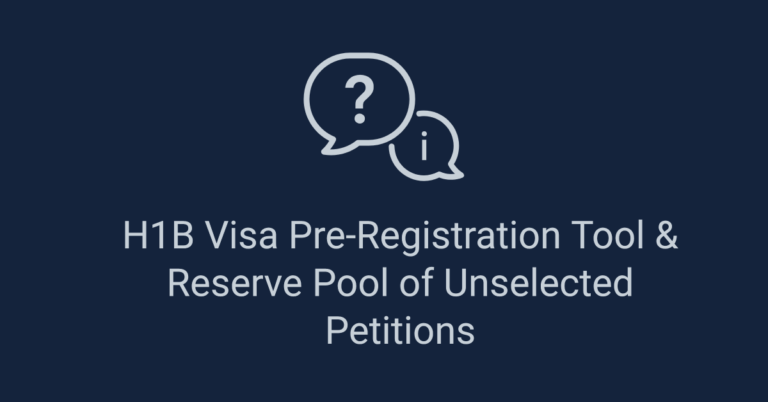 Dear H1B Visa Applicant: Welcome to Part 1 of Frequently Asked Questions and Answers about the brand new H1B Visa Pre-Registration Tool and new H1B Visa Lottery process. If you or your employer is going to apply for your H1B Visa for the upcoming Fiscal Year FY 2021 or later, then you should know about…

What do you do after H1B visa approval? I’m sure, it should be been a roller coaster ride from H1B Visa application, Lottery to receipt notice. Then comes H1B Visa approval after a long wait. Getting your H-1B visa approval is the first step of your journey to towards your dream and a long career ahead…