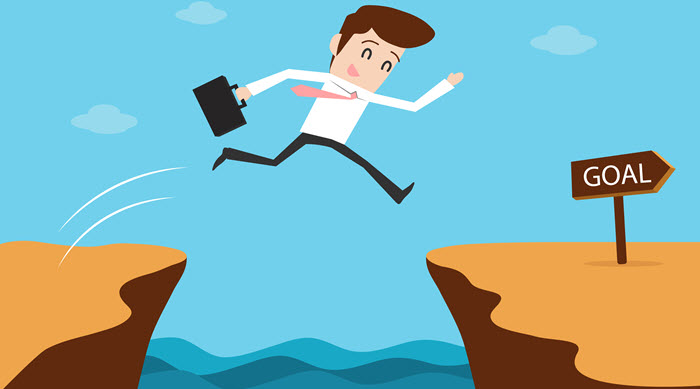 Do you consider yourself to be an avenge student with potential or a just an average student?

Are you a type of person with potential?

Are you someone with skills, but without opportunity and environment to express your skills?

Here’s something I learned from my study abroad experience and living in America for over a decade:

[Tweet “What you can achieve in your life is 100% determined by your belief’s.”]

Consider a student with

TOEFL of 90 with Academics in the range of 60% to 80% getting admission in an university here in U.S.A.

His or Her goal is to study hard and get a job. Here’s something they you should realize if you coming to America to study with an Average or below average profile:

What you have accomplished with academics, including the skills you have gained vs what you can do with degree from foreign universities is HUGE. There’s a Gap.

There’s a BIG GAP. It’s up to to you cross that gap. Here’s the beautiful thing:

Length of the GAP = Unlimited.

What you can achieve and how much skills you can develop is determined by amount of opportunities you are willing to expose yourself.

Take this simple scenario for a moment:

I found the following thread in quora and this answers this specific question:

How come average students from India, end-up getting a job in top companies like Google, Amazon, Microsoft in America after their school in USA?

Here’s an answers, that will AMAZE You.

First, I implore you to define the term average. If you define someone as average on the basis of their marks and their academic success, you have just called half the most successful innovators of the world average. And that coming from some who considers himself as above average is pathetic.

To be honest, if you are someone with financial problems or has to support a family of six, or has a huge student loan at the age of 23 or something along similar lines, I understand and I even sympathize with you. If so, Do not read any further.

The Education system in USA is different:

Typically, Master’s students have around 6 hours of class a week. In my undergrad in India, I had more than that in a day.

M.S. students are encouraged and even pushed to discover what interests them, something that most Indian colleges do not even try.

Also, unless you’re from a bottom level university in USA, employers do not differentiate.

Second, It is true that most people come from affluent families. (By affluent, I mean more upper high middle class than rich). They come here, work their asses off, outperform everyone else and finish in the top 10 percentile of their respective branches. Sounds much better than just average to me.

But there are those who aren’t all that affluent as well. I know a guy, he joined West Virginia University with a GRE score of around 300, a 7.5 GPA and what you’d consider an average profile. It’s not the best university in USA, but he got in with a 50% scholarship.

The way admissions work in US is that when you get in, you have to show financial proof that you can pay for the first year. His tuition was somewhere near 15 lakh INR (About $24,000), and his parents could sponsor that much, but that much only.

He decided he’d try to make it anyway.

He came here, slogged his first year and got a position as an RA in his second year.

His tuition is waived off and he was getting a stipend of around $2000 USD a month.

That’s 18 Lakh INR all together. So he essentially made 3 Lakhs while studying.

That’s what hard work and determination can do for you. There is absolutely no point coming to USA and not studying. That would be a collosal waste of time and money.

PS : He got a job at Schlumberger and now makes an insane amount of money a year.

[x_alert type=”success”]Your assumption that guys with average marks in undergrad should not get top jobs because they do not deserve it is as arrogant as it is appalling. You, my friend, are jealous, because someone whom you perceived as beneath you is now making more than you do. Sometimes, people change for the better.[/x_alert]

No one makes it over here because of luck.

Luck is when preparation meets opportunity.

If you consider yourself above average, in your free time whilst browsing through quora, consider looking at scholarships in USA. Believe me, there are quite a few, especially in public universities. If an MS seems out of reach, do a PhD. Almost every PhD student is funded someway or the other.

Thirdly, most job designations are same, but the work they do is different.

People in US do actual research, in India all they do is maintenance.

Even research in India is done at a rudimentary level.

From leading automakers to technology giants, the story is the same. It is unfortunate, but in India we’re not considered to be research oriented.

Since you quoted companies like Microsoft and Amazon, I’m assuming you’re from CS.

If you consider yourself above average, in an atmosphere where CS and IT are all the rage, shouldn’t you be working there?

Now, What Do you Say?

Don’t let your current level of achievement determine what you can achieve after studying abroad.

[Tweet “Opportunities exists all around you in college campus. You just have to make an effort. “]

Listen to this podcast show – 7 Benefits of Studying Abroad.

When selecting a college major do you give importance to career path, compensation and upward mobility? What was your thought process like? If you pick a college major based on above 3 factors, you are making a huge mistake. Scenario 1: I was chatting with my uncle about his son’s MS in USA plans. He received…

Writing an email is an Art, which has to be learned. Writing email is not same as chatting with someone. Last week we discussed about Email Tips – How to Write Your Name. 10 Golden rules of writing an email Use proper spelling, grammar and punctuation. [Always do Spell Check before sending] Do not write…

Have you ever looked at your resume with an eye to delete unwanted words and sentences? If not, you will learn about words to strike in your resume. Always following rules applies to resume Rule #1  – Resume is an evolving document. Rule #2 – Rule #1 still applies. Unwanted Words in Resume Experienced, Seasoned,…

This blog post is written by Karthik Dandavathi. I wanted to share my why I decided to pursue higher education in US instead of working in India (MNC). To tell this I need to go back to some 3 years back in Time capsule when I was a final year BTech student. I was always a…