They took us into the main line around 9:15 and were admitted inside shortly after that.

The standard security check after that. Went in, was handed the wooden stick. Was directed to a counter where i was given the pink token and the documents that I had submitted at VFS.

Was asked to get into the line where fingerprints were scanned.

That took about 15-20 minutes. Documents submitted at the VFS were again taken from me and submitted directly at Counter No 1

After getting my fingerprints done; was asked to wait for my token no. to be called out. It was 9:50 by then.

Scene at the consulate

Way too many families. Just too many of them. Handful of students and a few other guys. Counters 3 to 11 were open for visa interviews.

Announcements were done in a very low volume and numbers were difficult to understand. There were kids crying, announcements in Gujarati, and the main hall was overcrowded.

There was an Asian chic at counter 3 who rejected couple of students and few families. I was hoping to avoid her.

A middle aged man at counter no 4 was taking interviews for 5-8 minutes but was accepting most applications.

At around 10:05 my number was called out at counter 5. Rushed to this counter. There was a girl in front of me who went in. Was interviewed for 3-4 minutes.

Those were the toughest 3-4 minutes for me. Suddenly I couldn’t hear anything except for my heart beats which were pounding heavily.
This girls visa was accepted. Now it was my turn

Went in. Another middle-aged man, who probably looked like Adam Sandler from Zohan. He was sharp.

When i passed the token he searched for my docs and ultimately found it. Pulled them out.

VO – Purpose of your visit
Me – To pursue my Masters in Computer Science at Univ of North Carolina at Charlotte.

VO seemed to have a difficult time handling all the paperwork. Was a bit frustrated. Saw my I20 and typed frantically. Made facial expressions looking at the screen, that would scare anyone.

VO – Why this university ? (Stared at me for a long time)
Me – I have opted to study in UNCC on account of its good reputation for XYZ and ABC. UNCC houses one of the biggest and most advanced labs for Graphics and Visualizations. The professors are very well qualified and I am very eager to learn under the guidance of Professor Wartell, Chen and Deng. (Fumbled a lot while answering this)

VO – Other Universities
Me – Syracuse, Clemson, Worce (was interrupted)

VO – Who’s your sponsor
Me – My parents. Their annual income is XX Lac Rupees

By this point i knew that he must have made up his mind. I wasn’t so sure either. He held his pen over my application either to write ‘A’ or ‘R’

(Wrote A on the document and threw it someplace behind him)

I rushed out of the cubicle as quickly as i could. But the damn door would open.
VO said – It opens on the outside.

Me – Thank You Sir

No questions on academics, backlogs, no score cards asked, no documents or passbooks asked. Interview took about 3-4 mins.

On my way out i was smiling. Had chills when I got out. My friend was waiting for me. High-Fived him and called as many people as I could. 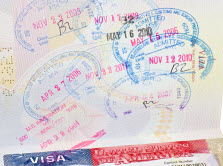 Guest Post : U.S F1 Visa interview experience by Rohit Pujar. I had my OFC on Sunday,12th at 4.30 pm and my F1 Visa Interview on Monday,7.30 am. 3 of us were traveling together, for same university. We traveled through train, reached Chennai at 7.30 morning and went to Crystal residency, which is just next…

I have read so many US interviews experiences in Mumbai Consulate about 221g and Visa Rejections after a long wait. I had gone for visa interview on 7th June, Mumbai 7.45 am There were 2 officers wearing suit had arranged all the people according to their visa category in line. Then we had told to…

Very interesting F1 Visa Experience from Mumbai Consulate posted in comments by Christina. She posted this back in February first week. I am in real confusion after my recent F1 visa experience at the Mumbai Consulate. ill first throw some light on my history of travel to USA. I have been approved B1/b2 visa twice…

> Following post was shared by Suresh Lakhani Read the F1 Mock Interview by  for UCLA. Here was brief detail….I appreciate HSB’s help and to support that i am writing my experience. I found to apply for visa outside India may be much easier due to general trend of peoples like less application compare to… 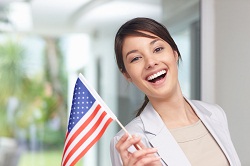 I’ve noticed that there’s almost no F1 visa interview experiences from the UAE, so thought I would be the first to do so. I have been admitted to the January 2012 Producing Program in New York Film Academy, New York. So, as you can tell, I’m roughly applying just a little less than a month…