Due to recession in the U.S., many companies are laying off their workers. Some employees employed in U.S. companies under H-1B visa are also affected.

Nagesh is one such H-1B worker and he had posted the following comment in the post, H-1B Visa Questions and Answers.

Hi,
I have a situation.
I was employed with Company A with whom my H-1B started in Oct. ’07 and I went to India and got H-1B stamped on passport. My H-1B was valid until Oct. 2010.
In last week of Oct. ’08, Company A laid me off and I found opportunity to work with Company B on Nov. 4, 2008.
An immigration attorney (not belonging to the company) filed for H-1B transfer which the USCIS received on Nov 10.
After starting to work for Company B for a month, both the employer and lawyer suddenly realized that I was not supposed to work until the petition has been completely approved and that I was accumulating illegal working days, so they terminated me from payroll.
The petition is still under process with USCIS.
The immigration attorney says that once the petition is approved, I will have to travel to Mexico crossing the border at Tijuana and then re-enter USA with the new I-797 and employment letter such that it would bring me back on status.
The attorney says that I need not go to USCIS in Mexico for another visa interview as my passport has already been stamped for H-1B from Oct. 2007 – Oct. 2010.

Questions:
Is it necessary to travel outside the U.S. as the attorney suggested to bring me back on status? It seems to me like a regular visa transfer from Company A to Company B.
Is there a chance that I get stuck at the Tijuana border and they ask me to go to USCIS in Mexico or deport me back to India?
If yes for travel, do we have to do this every time I change companies?
Please explain.

H-1B Visa and Laid Off – Answer

I did a bit of researching to find the exact answer to your situation. Here’s what I found @MurthyDotCom:

The revocation does not prevent the approval of an H-1B by a new employer, although the ability to extend H-1B status in the U.S. is affected by whether or not the individual is maintaining H-1B status at the time the new employer files its H-1B petition.

As a practical matter, the revocation of the H-1B may not appear in the USCIS system immediately. However, this is a matter of procedure and not official policy.

It is necessary to make efforts to find another job as soon as possible and have the new employer sponsor another H-1B promptly.

The USCIS will review the proof of status submitted with the new employer’s case. This is normally in the form of current pay stubs.

If there are no current pay stubs as proof of continuing status, it may not be possible to obtain an extension of stay (reflected in an approval notice with an I-94 at the bottom).

Thus, the new employer’s H-1B petition may be approved, but with an instruction to depart the U.S. and request for a visa at a U.S. consulate.

In this event, it would be necessary to travel abroad, obtain a new H-1B visa at a U.S. consulate (if needed), and obtain a new I-94 card at the port of entry.

If you are laid off from a job with H-1B visa, you can find answers to other frequently asked questions like: 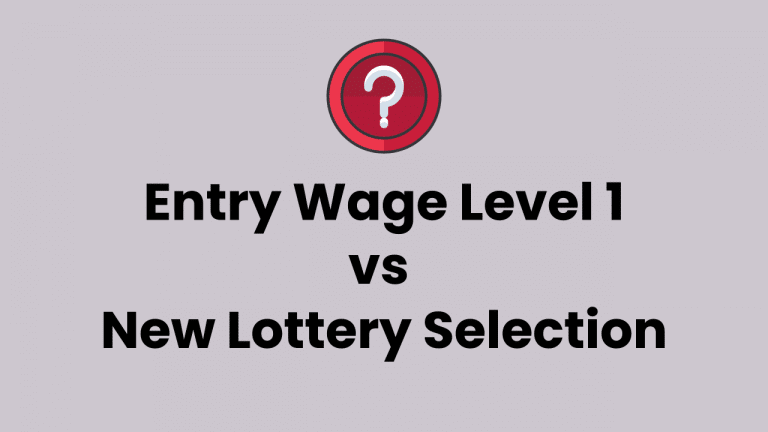 What are the first 3 letters (EAC, WAC, LIN, SRC) of H-1B receipt numbers mean? Question 1: I have applied for my H-1B visa this March through a consultant. But when I asked them on June 2, 2008, they told me that still a few more days are required to publish the results. Is this true… 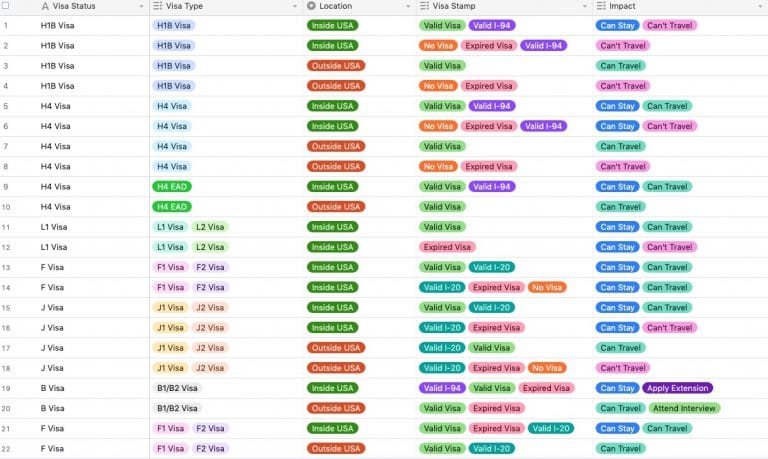 Travel Ban Executive Order affects the H1B, H4, L1A, L1B, L2, J1, J2 Visa categories. You probably know that by know. Here are key takeaways from the Executive Order. If you are in the US on H1B or H4 visa, you can travel outside the US and get back into the US if your visa…