It looked like that new H-1B visa rules will be passed to become a law. However, it looks like things took a dramatic turn today behind closed doors.

Today, President Obama and a few others have asked to remove the new rule from the new stimulus law. Last week, 2 U.S. Senators introduced a new H-1B rule into the stimulus package.

Whenever a new bill is added, majority of U.S. Senators have to approve it. Each State in the U.S. has 2 senators.

In last week’s voting, majority of U.S. Senators agreed to include the new H-1B visa rules into the stimulus package law. So this means banks that receive funding cannot hire H-1B workers who are paid less than $60,000 and they don’t have advanced degrees.

The Stimulus Bill was introduced into the U.S. House of Congress and members of the House voted for a Big Stimulus bill. For the Bill to become a law, the US Senate also have to vote and approve the Bill.

Senators made some changes to the Bill and they voted. The H-1B bill was also added in the Senate version of the bill.

First, the Bank Stimulus Bill was passed by the US Congress. Since changes were made to the Bill in U.S. Senate, now they have to vote again and a resulting final Bill have to pass.

Only after both the US Senate and US House agrees on a Bill, the US President will be able to sign it to make it a Law.

Substantial negotiations had been made between the US Senate and US House on what to include and on how to reach a compromise. President Obama and 2 other Members of Congress had made sure that the New H-1B rules will be removed from the Stimulus Law.

After the H-1B rules are deleted from the final Stimulus Law, banks that receive money from the U.S. Government can legally hire H-1B workers.

So that’s good news to many H-1B visa applicants and also to current employees working in those banks. If you wonder, how could have this happened?

Well, my guess could be because of some very high profile lobbying from attorneys and others. They could have talked to President Obama and others explaining about the impact of not hiring H-1B workers as well as discussed the impact of hiring them.

So far I have read in a couple of websites only about some breaking news. It will be a few more hours before other sites issue updates and other related news.

If there is any change, you can find new updates here. So stay tuned. So do you think this is good news? If so, write your thoughts as comment below.

President Trump signed the “Buy American, Hire American” Executive Order(EO) today. One of the key pieces of the Executive Order is to reform the H1B Visa program. There are so many pending questions and concerns about this H1B Visa Reform Executive order signed by President Trump.  I have split the available details so far into following…

Is your OPT expiring soon and your H1B visa application is not selected in H-1B Visa Lottery? Is it Game over for you ? Maybe Not. In this article we look at 10 options options after opt expires before next H1B Visa season. [alert type=”warning”]Want to Stay and Work in USA after OPT Expires? Check out H1B… 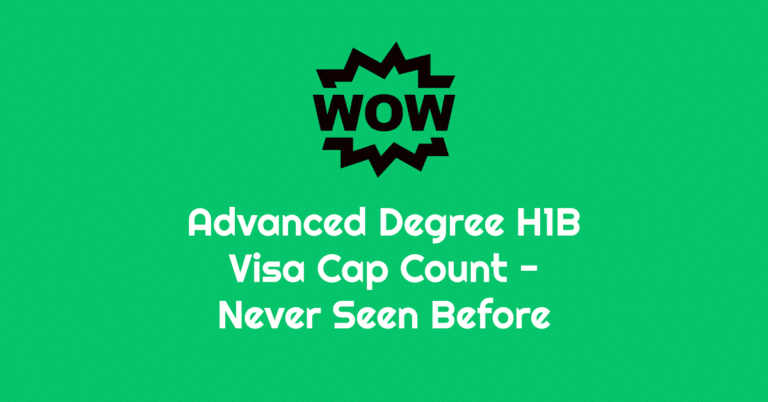 Have you seen the total H1B Visa Cap Count and Petitions filed under the Advanced Cap for last few years? Do you want to know how many F1 Students changed to H1B Visa – Exact Numbers? Perhaps, you know USCIS selects more than 85,000 H1B Visas in the Lottery. But, exactly how much is that?… 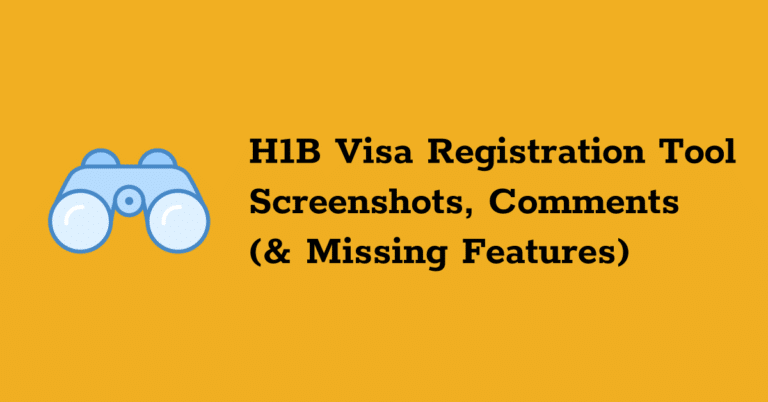