Are you ready for H1B Visa 2014 lottery? According to USCIS update, there could be H1B Visa lottery this April. I have a short video at end of this article.

Here is an excerpt from USCIS Press Release about possibility of more H1B application being submitted than available H1B 2014 Cap numbers.

Here are important words you need to pay attention (highlights)

You can find several H1B Visa articles related to H1B Visa lottery from April 2008 for FY 2009 Cap Season. Search in the blog for H1B Visa Lottery OR watch the video below.

Following is press release from USCIS after Lottery was completed in April 2008. This will give you more insights to understand what to expect from H1B Visa 2014 lottery.

USCIS today conducted the computer-generated random selection processes on H-1B petitions, to select which H- 1B petitions for fiscal year 2009 (FY 2009) would continue to full adjudication. If approved these H-1B petitions will be eligible to receive an H-1B visa number.

USCIS conducted two random selections, first on petitions qualifying for the 20,000 “master’s or higher degree” (advanced degree) exemption, and second on the remaining advance degree petitions together with the general H-1B pool of petitions, for the 65,000 cap.

Petitioners whose properly filed petitions have been selected for full adjudication should receive a receipt notice dated no later than June 2, 2008. USCIS will return unselected petitions with the fee(s) to petitioners or their authorized representatives. As previously announced, duplicate filings will be returned without the fee. The total adjudication process is expected to take approximately eight to ten weeks…..

USCIS has “wait-listed” some H-1B petitions, meaning they may possibly replace petitions chosen to receive an FY-2009 cap number, but that subsequently are denied, withdrawn, or otherwise found ineligible. USCIS will retain these petitions until a decision is made whether they will replace a previously selected petition. USCIS will send a letter to the wait list petitioners to inform them of their status.

USCIS expects that for each of these wait-listed petitions, it will either issue a receipt notice or return the petition with fees within six to eight weeks.

Now, you get the idea about how H1B Visa random lottery selection to select H1B Visa for FY 2014 Cap season will be done.

There could be changes in the above procedure, but I shared this for you, so you will get an idea about the H1B 2014 lottery process. 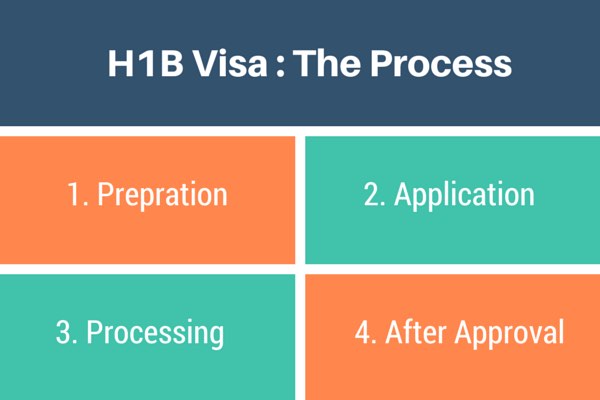 Post your questions about H1B Visa sponsorship for filing H1B in April 2013 at H1B Visa 2014 Sponsors. Comments in this post are closed. Question from reader on finding H1B Visa 2013 Sponsors and Consultants who could file H1 application. H1B Visa Fiscal Year 2013 applications will be accepted by USCIS starting April of this…

H1B Visa means madness and randomness. This H1B Visa season is filled with lot’s of sleepless nights for folks waiting to hear the lottery results. So, far lucky few have received notifications from USCIS. But, very few know that getting selected in Lottery is one thing and getting approval is another whole new ball game….

Due to recession in the U.S., many companies are laying off their workers. Some employees employed in U.S. companies under H-1B visa are also affected. Nagesh is one such H-1B worker and he had posted the following comment in the post, H-1B Visa Questions and Answers. Nagesh Asks Hi, I have a situation. I was…