After having emotional debate at ETS: $60 Refund and Free TOEFL Test (and shabby emails) (read the comments).

Careful with the TOEFL test centers you have booked, they may be canceled and rescheduled to other town or other date after 3 months as happened in case of mine.

I Got an email and then a phone call informing about my TOEFL center change.

I chose to write exam which gave me lot of troubles. But, ended well in terms of exam satisfaction.

No result yet and I’m not worried about that.

Took a RTC bus deluxe from mgbs which was at 11:30 on 12 night but started at 1:30am. No worries as i got my bike as back up plan. I suggest to keep calculating time and km ..and I love riding bike.

So finally reached kurnool at 5 30 early in the morning but not in a very good condition. Tired, a catch with cold and heavy strains in eyes and back, BUT I WAS CALM IN MIND.

Acted calmly on cold with strong tea, jacket on body and confidence in hand. Took an auto to center G Pulla reddy engg college, who cheated me as always around 80 rs instead 20 rs for 11 km.

I did not worry as it may disturb my mind, thought i had donated for that poor fellow and found happiness. Then the real tough part begins, I looked at the college gate and had a heavy sight as it looked like a war zone with police battalions and crpf jawans, many police jeeps, camps with guns and lot more stuff.

I thought they will kick me and throw in a dust bin inverted. Tried to forget it and eat idly in small hotel with coconut sheds. Waited as a small guy in between big police men.

Breakfast and the Crowd

Finally had token and idly in 15 min with Guns loaded on my table. Thought of playing with it but never got a chance.

Then came out of hotel and one more shock….2000 people gathered in front of my eyes from nowhere and still coming.

Looked at time, why the hell at 7 am in the morning people gathered here …some one told its is exam today and tomorrow and protests all around this exam by smaky Andhra movement.

I was sure it will be tough to get entry into my examination centre as police and college authorities got no communications yet at 7 o clock.

I tried to get in at 8 o clock slipping In between a foreigner or an alien with diff clothes and costumes as no other guy was around like me.

Felt like a rat then I tried to show my talent like a guy trained in dheradun and topper of batch.

Took out my cell phone surfed the site of college and took phone numbers and called them which did not work at all. Punch fulaknama.

Thought of jumping the wall and was ready to do it as I got no other option..Looked out a safest place to jump walls as mahesh babu did in pokiri in dheradun..went all around the college but luckily found a second gate and only two guys as security.

I made some friendly gestures and talked with them, they were informed with the english exam and so i showed them the mail and passport which did not work again as no one is allowed from that gate.

Suddenly a jeep appeared and question papers of that exam came into scene and officers running like hell into that gate. I was gently kicked out and they suggested to try from the main gate. Which looked impossible.

Then a guy for toefl with passport green cover in shirt pocket and a professor came at this gate .I ran towards him and asked for details..He simply asked me to go from first gate as he explained them now.

Ran again like hell and in between i saw the wall and was laughing somehow while running which eased off my pressure.

Then met 15 other guys and went to my block with professors and task force guys with safaris and guns hidden escorting us.

Followed exam rules and refreshed with water in college toilets minus the bad smell after 12 hours.Made a friend who I saw him at second gate and both entered the computers zone which had no look at all.

Before entry saw a lovely girl with innocence on her face.

My room at home had better equipped gadgets config…slowly adjusted to my desk after photo in web cam. Girls around watching me like an idiot but the enjoyed the controversial stardom.

Others guys are trembling with fear. I was very free as I BELIEVED IN MYSELF and had a loads of experiences in attending exams in btech (of course detained). 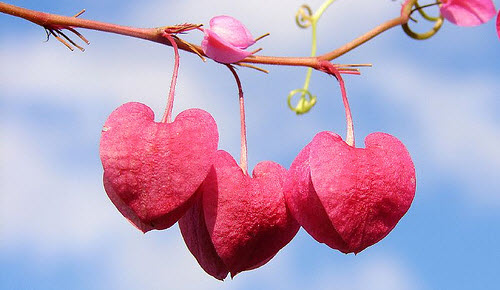 Slowly exam started with boring instructions, do this, do that and don’ts. Neglected them.

Reading and listening went more than good, then break i saw the same girl who also took a break, she looked like goddess with innocence on face, thought of taking phone number and followed her but she went into girls room.

Then I went into mens room. She went into lab before the break I regained my consciousness from that stateless feeling, don’t know what magic she got. Then went to my desk 2 min left in count down, speaking went average as I don’t have communications skills even though I work in Google from a year.

Writing section better than all…like this passage and its description .

Exam completed, asked their permission and left and the guy at 2 nd gate still writing the exam. My eyes still searching for that girl with innocence on face, heard her metals sound on legs, might be others also but I know hers, satisfied ears, let me out with a heartbeat at deadslow rate.

The Look and Auto Ride

Waited outside for the girl but the guy my friend appeared…talked about exam and left the block in a hurry as police and media guys around us…walked out of college and both boarded the auto.

SURPRISINGLY while that auto started that girl was standing at gate looking at us. My friend commented, look at that lipstick girl.

I felt it from head to spine and then to legs….thought of hugging her and run away with her to a different world but auto kept moving and moving. I saw her untill the last sight from auto.

Then auto guy said stop looking this is kurnool…felt the warning but my blood is also from rayalaseema….excited pumped.

But cooled down Thought of his suggestion was friendly and asked him to show us some famous places in kurnool or a hotel with famous biryani…had changed 2, 3 hotels ultimately found it ..mouryan was the hotel.

My friend paid auto, lunch bills and i said i will buy 2 tickets for us back to hyd bus. Which will balance money shared perfectly…Again took an auto to bus stop…and then atm,clork room for my friends luggage, then deluxe bus to hyderabad…bought tickets and settled down….suddenly biryani effect came into picture and both slept like hell after 36 hours.

Careful managing the sleep guys, sleep at afternoon on the day before u travel and write exam which I never had …slept for 2 hours in bus…then woke up ..one hour of chat and phone calls frds and family..we both surfed net in mobiles…listened to songs separately but doing same thing .

Then rain and then toll tickets, GMMR flyovers which i had never seen…slowly entered hyderabad…..exchanged contacts with friend and took away on my bike (remember my back up plan ) from MGBs bus stop….smooth ride in after rain climate conditions, back to heaven my home..

Tablets to mom and dad…explained the above stuff limitedly as it was smooth as exams like these are nothing to me, lied just to make them feel better. Ofcourse minus the girl episode….we are not so close family as we originate from rayalaseema…then slept like hell.

Suggestion for u is jumping the wall is never an option…Take it with ease and confidence and some talent and practice ..its will do….Dont be selfish ..All the best .Good Bye.

Poor Rajesh. Lets help him find that girl, what do you say?

If you happen to know the person (lovely girl) who took TOEFL on August 13th in Kurnool, please ask her to read this post.

We never know, she might just happen to hear another love story just like this one from her perspective.

Moral of the Story

After reading some comments like “boring story” and “waste of time”, I thought, I have to add this part.

If you have booked TOEFL at centers where ETS have suspicion of fraud, they can close the center and have you take TOEFL is different place. So, get ready for that.

You mush have read at least 3 visa interview experience where student’s F1 visa were rejected due to agents taking TOEFL for them.