Adi graduated with a master’s degree in biotechnology. I had asked him to write about his job search experience and he generously agreed.

Getting a job in the fields of biotechnology and molecular biology in the U.S. is not that easy task.

If you are wondering what are the average salaries given in biotechnology jobs, you just need to subscribe to email updates in this blog.

I will explain in detail in upcoming articles about the job market for graduates in biotechnology, genetics, and bioinformatics in the U.S.

I have been reading this blog since day one and it has been really useful for lots of things.

I am a recent master’s graduate from the Department of Biochemistry and Molecular Biology at the Keck School of Medicine of USC.

I have been reading and learning a lot from articles on job interview tips and resumé preparation through this blog, and to be very candid about it, they really are very useful and gave me clear pictures of actual life situations.

So as an avid reader of this blog, I would like to share my experiences in job search.

So since I majored in molecular biology, I was looking for jobs in core biotech and bio pharmaceutical companies. I did my master’s through a research thesis and also had an opportunity to do a summer internship.

I feel these two undertakings and my lab experiences really helped me a lot in landing me a job.

I started my job search on the month of April 2009 up until I graduated in the Summer semester, i.e., August.

I was looking for jobs in good companies, both small and big, which can give me the opportunity to learn new stuffs and provide good experiences. I had a few telephone interviews from various companies in and around California.

To be really honest, I didn’t have an excellent GPA at all, but people never questioned me anything about it nor asked questions from my course selections.

Everything was strictly from my thesis and research experiences. Later on, after few months of search, I got a telephone interview from a mid-size company called…

My first round of interviews only involved the HR and it was very general. It basically covered questions regarding my date of graduation, my visa status, etc., and I was asked to give a brief synopsis of my experience.The next round of telephone interview was simple, too. I felt it was a general check on their requirements in relation to my skills set.

It almost took 40 days in between these two phone screenings. In the meantime, I had a few mail conversations with the hiring HR personnel regarding my OPT stuffs.

Later on, they sent me a mail requesting for a telephone interview with the scientist who was in charge of hiring.

So for this interview, I just made myself prepared for questions from my basic biochemistry knowledge and a complete review of my skills set in my resumé.

On the day of my interview, I just got off to a silent room with maximum mobile reception with my resumé and a scribbling pad. The guy called and gave a brief introduction of himself.

The first question was to explain my thesis. So I gave a brief summary of it, which almost took 15 mins. He then asked about how I designed my experiments for the purification of my molecule.

Then he later inquired about my internship and then the succeeding questions were very much from basic biochemistry and immunology, whose answers I remembered that I studied in my undergrad.

I remembered him asking me a question which had 3 answers but I knew only 2. So I told him that I am not sure about it at that moment.

He was very kind and gave me an easy clue, by saying, “Okay, I will give you a clue for it,” which was almost the answer. So I then became comfortable.

His last question was, “Do you have any questions?” which I guess is a very common interview query to raise.

Out of my curiosity, I asked about their target molecules of research and about their platform of research, all of which were mentioned in their website. That was it and it almost took 1 to 1 hr and 15 mins in total.

After the phone screening, I thought it just went okay. Then after 3 days, they mailed to tell me to come for a face-face panel interview in NY.

Since I was located in LA, they took care of all the travel and lodging arrangements for NY. In the meantime, the HR mailed me the interview schedule.

It had a panel of 9 people with the HR guy on top. The rest of the panel were 2 directors of the group and 3 senior scientists, 1 post–doc, and 3 more research associates who were MS grads whom I had to meet over lunch; the rest were all PhD holders.

The mere thought about the interview is already a bit scary as there will be a lot of people who’ll grill me. But trust me, it’s really fun if you are going to meet all these guys.

In the meantime, I had an opportunity to talk to the owner of this blog to get a brief idea of how things work in job interviews. He told me to be smart and to answer only what I know and to make sure that I ask questions so that they can judge me fairly.

The above advice was really useful because during the course of the interview, the panel kept on asking whether I have any questions.

The blog owner also suggested that I make an online background research about the members of the panel who’ll interview me.

On the Day of Interview

So on the day of the interview, I was already in my suit, my resumé in hand, and reached the place ½ hour early. So I had to wait in the reception and the receptionist was very polite.

She gave me a few forms to fill out. She then saw that I was from CA so she asked me about the place and started talking about the weather in NY during winter. Guys, just make sure you behave very properly with the receptionists; be professional.

After 20 mins of waiting, the HR guy came and took me to his office. He was inquiring about my travel and stay. Then he told me that they have a branch in India, which was good, and began asking me about all the holiday systems in India.

He was amazed that people get so much holidays for all the festivals. Then he started the proper job oriented stuffs and explained the company’s mission and the nature of the group for which I was interviewed for.

He was a real nice guy and gave me so much confidence that I felt as if he already offered me the job.

Then the first panel of two scientists came and took me to the interview hall. They already had my resumé and one of the scientists asked me to explain my thesis.

So I explained it and it took me 20 mins tops with lots of interrupting questions in-between. Then they explained to me what they were looking for in a candidate and what kind of projects they were doing.

Later, I asked a few questions and after 40 mins, the next interviewer came. She was the Director of the group and was really tough looking and had very pointed technical questions about my resumé.

I made sure I was very clear with my answers. By this time, you really get used to the ambiance that it becomes just an ordinary conversation with other people, and not an interview.

She then asked me what I would expect from the group which I work with. So I answered and then discussed my possible inputs and asked about some technical stuffs.

Then she took me to the lab and got me introduced with the RAs there who were all MS grads from various universities. They took me to lunch and I had a bowl of fruits.

The conversation was very comfy as they started with my vegetarianism and then switched about talks about the weather, comparing CA and NY, then a bit about college football as I was from USC.

In-between, we had talks about each of our research experiences in the universities and they asked me what kind of experience I had. So that was it, basically.

Then there was another Director who interviewed me, and then a panel with one post-doc and a scientist. All the questions were derived only from my thesis and internship and nothing beyond it.

One guy asked me to explain about my undergrad project which was quite unexpected, and he also asked about my role in our college symposium in India.

So it was all very comfortable and I stayed very cool because everyone was very easy to talk with and no one initiated any symptoms of a dogmatic interview.

Then after it was all over, the main scientist guy came and took me out to the reception and he started talking about forest fires in CA and began telling me about his experiences in San Diego as he had done his post-doc in Scripps, La Jolla.

Finally, he told he will get in touch with me soon and he got me a cab to go back to my hotel.

So overall, it was all very simple. And as the owner of this blog usually says, simple things like eye contact, confidence and behavior will make you feel easy throughout an interview.

And trust me, I was a bit nervous before I went there, but once I got in and start talking with the panel members, it’s basically a fun conversation.

Then after 2 working days, the HR called me and re-checked with my reference details. They had checks with 4 of my references.

And then I was told of the results only after 2 weeks. In between, I never mailed nor inquired about the results.

So after two weeks, they gave me a positive result — I was hired — and the HR just handled the rest of the pre-employment procedures.

From my experience I would say, the basic principles in interviews are: 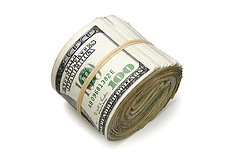 I (Harini) Came across this post by accident – Overall Graduate Education in India is Pathetic. While the comparisons pretty much hit the nail on the head could you guys stop and think that there is more to this world than just engineers? While the Govt of India spend lakhs on an IIT student and…

I’m planning to take M.S. in network and security and am going to apply this fall, but I heard people face problems in getting a job after taking M.S. in that field. This is what I heard though network and security is a really good field for research and job prospects, the only concern is…

Do you have a SMART Goals or Just Bigger Goals? Here’s what I have noticed. We set bigger goals, but not SMARTer. Goals and Goal Setting involves establishing specific, measurable, achievable, realistic and time-targeted ( SMART Goals ). But, let’s do a reality check of my goals (past and present). This blog post was written as the direct…

One of the frustrating things about job hunting is when you are not getting hired. This can be caused by a number of reasons. The most common ones include: 1. You have only one job search method There are various job search techniques available. Which is the ideal method to use? The answer is to…