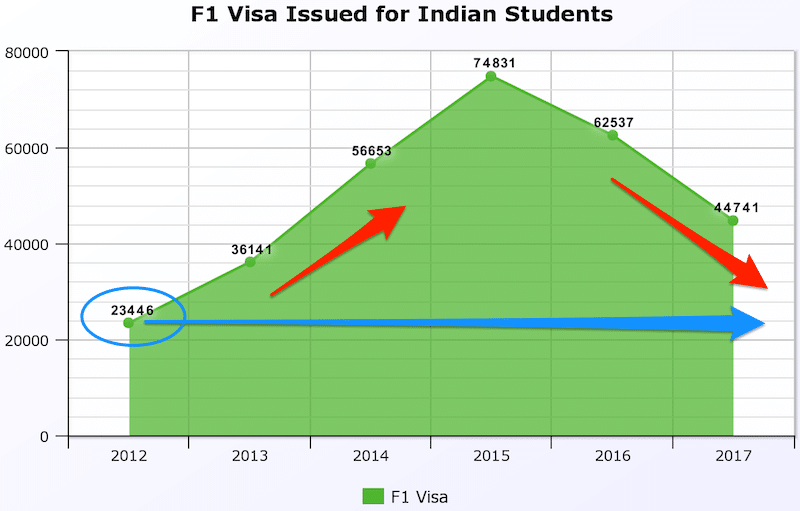 You have your I-20 from few universities. And you are getting ready for F1 visa interview. But, you have one pending decision from your Dream school. Then your phone rings! It’s your skeptical uncle. Your parents look-up to him for his advice. You convinced your parents against his advice to study in the USA.

Your uncle says “Did you read the news? 27% decline F1 Visa issued to Indian students going to the USA? Are you sure you want to go to the USA in the scenario?”

Your parents are on the fence again. Now, you are back in your living room for another round of discussion and your skeptical uncle is also there.

Now, how do you defend your position? Maybe you are in dilemma as well! But, you are an engineer and you want see the numbers. That’s what we are going to just do.

Reasons for Decline in F1 Visa Issued in India

As per the latest data published by the U.S. Department of State, F-1 Visas issued compared to 2016 decreased by 27% for Indian students.

Why did the numbers drop?

And it can be combination of both – Decline in students applying for F Visa and increase in student visa rejection. 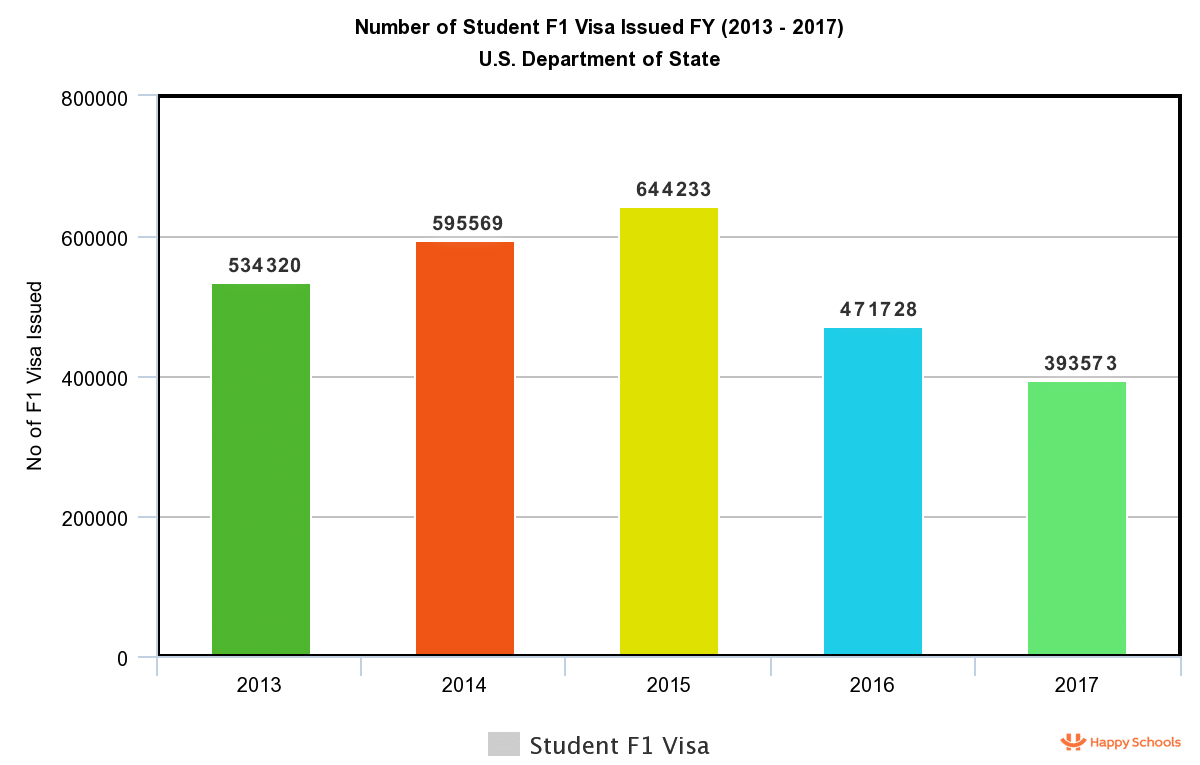 First chart shows decline in total number of F1 Visa approved between 2016 and 2017. To really find out if applications declined or rejections increased, we have to look at Total Number of F1 Visa Applications and F1 Visa Denials rate.

From the worldwide F1 Visa statistics, let’s drill down to F-1 Student visa issued to Indian Students between 2008 to 2017. 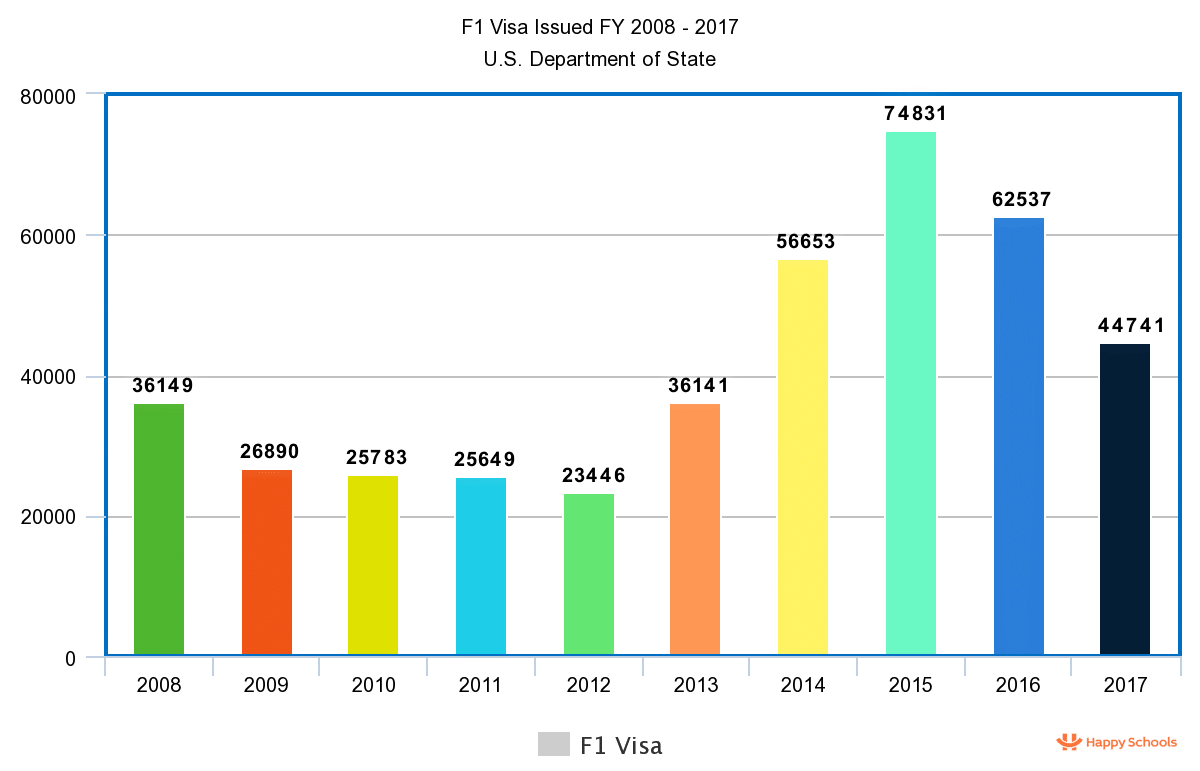 Clearly, number of F1 Visa issued in India shows declining trend from 2016 into 2017. 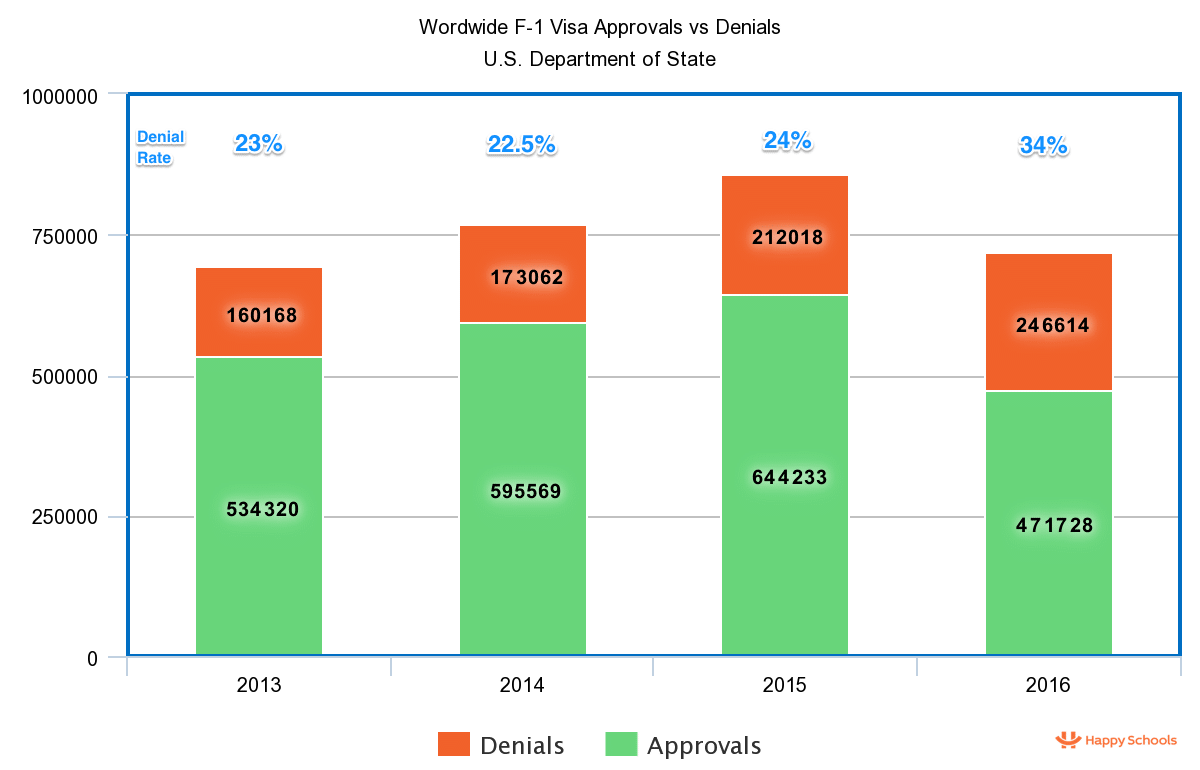 There are four useful statistics for F1 Visa from above Chart (#3).

Total F1 Visa Refusals for FY 2017 is not yet published. 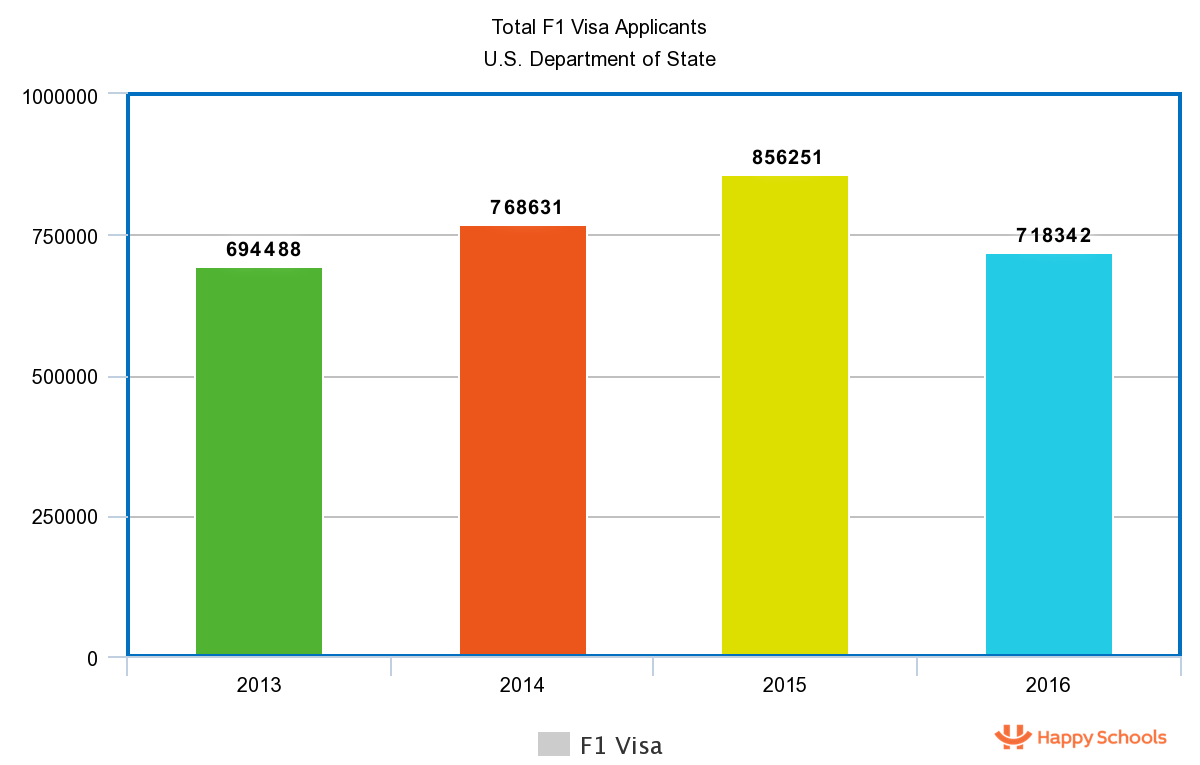 Why 27% Decline in F1 Visa for Indian Students

To answer the question –  What is the reason for 27% decrease in number of F1 Visa Issued for Indian Students? I’m going to only compare for 2015 to 2016.

Initially I proposed two possible reasons and questions for decline in number of  F1 Visa approved in India.

In mean time, I had a discussion with a student in the USA on OPT. Let’s hear the advice he gave to his friends and relatives about coming to study in the USA.

Following F1 visa interview in Mumbai Consulate looks pretty casual. This student is appearing for this 3rd F1 Visa interview after getting rejected twice. Once in Chennai and second time in Hyderabad consulate. The actual twist to this interview is in the last line of  of this experience. I have made the following changes to…

Status: F1 Visa Approved Venue: Hyderbad consulate Date: 23rd Nov 2011 Appointment Time: 08:00 Semester – Spring 2012 Reached there at 0730 hrs exactly (as i was asked to be there 15 mins before the appointment time ). There was a short queue to which the security guided me. My DS 160 confirmation page was…

I had my F-1 Interview on May XX, 2011 for Georgia State University (GSU) for MSIS program. Luck really played a hard ball with me. Please help. I am sharing my F1 Visa to USA Interview experience please help so that I can learn about it from different perspectives. F1 Visa Interview VO: Good Morning!…

I had interview date on 15th June 2011. I was applying for Masters Degree (Geography) at University of Wyoming. I had full graduate assistantship so do not have much problem with the financial part (in fact not a single question was asked about financial part). I had scheduled appointment for 9 AM. But by the…