I will be publishing H1B Visa 2015 Receipt Numbers and Updates, News  in this page day by day (sometimes multiple times per day).

When you guys were giving up hope, on H1B Visa 2015 receipt numbers, here’s come a refreshing update straight from USCIS

USCIS said they may be issuing Premium Processing H-1 receipts till 21 May and non PP till 30 May or so. via Twitter @immigrationcom 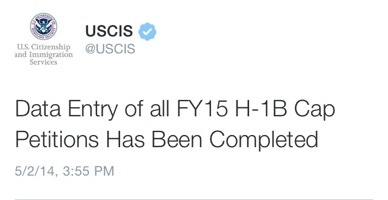 Official news :USCIS announced today that data entry of all FY15 H-1B cap petitions has been completed. USCIS will now begin returning all H-1B cap petitions that were not selected in the lottery. U.S. businesses use the H-1B program to employ foreign workers in occupations that require highly specialized knowledge in fields such as science, engineering, and computer programming.

Update from Attorney : AD/Regular processing snail mail receipt was post marked April 10, 2014. Receipt was received last week. This changes the who processing math we had so far.

Above is my observation based on receipt notices updates posted by readers.

Following updates is from AILA.

USCIS will return the withdrawn petitions with the fee, even if they have already been receipted.

Petitions that do not include the above-referenced items will be treated as duplicate petitions and will be denied or revoked, and USCIS will not refund the filing fees. Please also note that if the FY2015 cap is met within the first five business days of April, USCIS will reject all petitions received after April 7, 2014, including duplicate H-1B petitions filed in accordance with these instructions.

Immigration Attorney’s should have mailed the H-1B Visa package on  Monday (March 31, 2014) to California and Vermont USCIS service centers.

FedEx and UPS should have carried thousand’s ( over 100,000) H1B Visa applications to respective USCIS service centers for delivery today.

It’s not easy to process so many applications by USCIS in a single day. Typically private contractors are hired to handle huge volumes of H1B visa applications on month of April.

USCIS will give an update about

Last year, USCIS sent notices for Regular Processing only in June 2013. That’s 3 months wait time to even know if H1B petitions was selected in the lottery.

If you need an earlier update, then convert the application to Premium Processing.

Sometime early next week. Till then we will be in dark.

I’m sure if you have applied for H1B Visa, your hearts will be pounding to know the results of H-1B Visa lottery results.

Following the links below for related articles in this series

Are you ready for H1B Visa 2014 lottery? According to USCIS update, there could be H1B Visa lottery this April. I have a short video at end of this article. H1B  Quota Numbers The Regular cap for FY 2014 is 65,000. In addition, the first 20,000 H-1B petitions filed on behalf of individuals with U.S….

What are the first 3 letters (EAC, WAC, LIN, SRC) of H-1B receipt numbers mean? Question 1: I have applied for my H-1B visa this March through a consultant. But when I asked them on June 2, 2008, they told me that still a few more days are required to publish the results. Is this true… 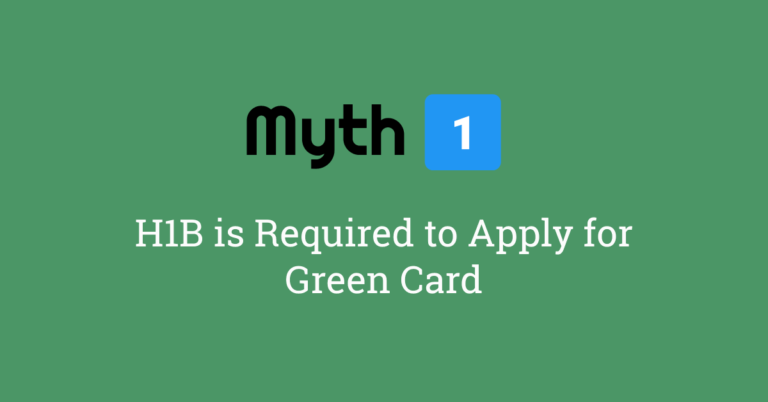