Plus, there’s language in the Executive Order that impacts H1B Visa, J1 Visa, L1, Adjustment of Status for Green Card, etc. Yes, my head was spinning when I started reading the draft. And here’s the list of New H1B Visa and Green Card Bills that have been introduced in Congress till date.  As per the Leaked memo form Vox of Executive Order, 24 Months STEM OPT Extension, H-4 EAD could be revoked.

But on Wednesday afternoon, Trump signed two executive orders on immigration that word-for-word matched the drafts we’d received. Given that our source had early access to two documents that were proven accurate, and that all the orders closely align with Trump’s stated policies on the campaign trail, we are reporting on the remaining four.

Here’s a quick overview of what’s in the Executive Order:

We don’t know which provision of this Leaked Executive Order will make it into the final executive order or even if this order would be even signed. But, looks like the source who provided the leaked copy of two executive order signed by President today matched word for word as reported by Vox Media.

I will be talking to Immigration Attorney to understand the potential impact of this Executive Order and get a clear understanding for some of the vague to generalized terms used in the leaked memo.

How to Get Breaking News Updates?

As per Vox Media, the source who shared two other memos was word-to-word correct. But, they are also warning that this memo can be revised or may not see the light of the day.

I’m clueless as you are. He announced that he’s signed an Executive Order to build the wall the day before. So, we don’t know what will happen with this leaked memo.

3. What is the Best Case Scenario?

If this memo is fake and the president doesn’t sign this or similar memo to rescind 24 Months STEM OPT or H4 EAD or other immigration provisions enacted by President Obama.

4. What is the Worst Case Scenario?

Do we really need to discuss the worst case scenario here?

5. How to get updates about this memo?

Refer to the above section – How to get breaking news updates.

There’s not a lot we can do. At this time, members of  the F1 Visa Facebook group have reported about re-entry without any problems. Plus, the Travel Ban is for the 7 specific countries. If you haven’t done wrong, have all the documents, done things by the books, I think you shouldn’t have any problem.

Here’s an update from a student on STEM OPT who entered USA via Chicago (ORD) on 20th Feb. 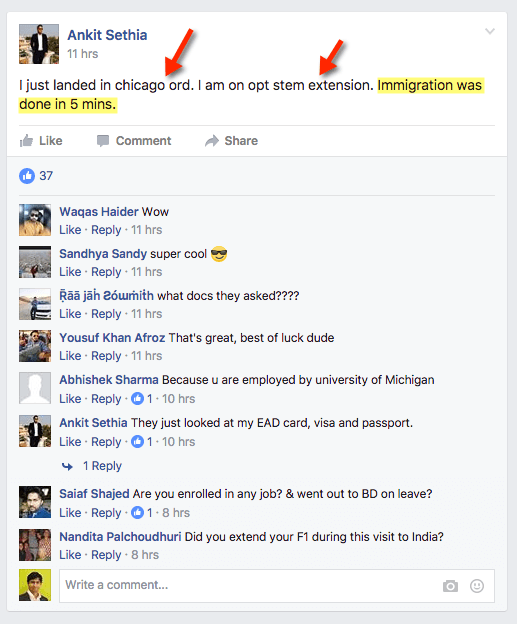 8. Where is STEM OPT and H4 EAD mentioned in the leaked memo?

I think it’s in the language of the Memo is written (I have highlighted them in the above screenshot). Here’s two sentences from Vox (source of leaked memo) that mentions the same:

If there are further updates about the possibilities of changes to H1B Visa, H4 EAD, STEM OPT and other legal immigration visa, I will be covering them here.

** This article about Curricular Practical Training (CPT)  is part of series of articles about F1 Visa. Refer to Table of Contents at end of this article** According to Department of Homeland Security Curricular Practical Training (CPT) is defined as “alternate work/study, internship, cooperative education, or any other type of required internship or practicum which is…

Yesterday I had my visa interview and I got rejected ( for BBA) Reason given 214 (b) but let me tell you this can’t be true because believe it or not I do not have a single family member living in USA or even anywhere outside my home country. Plus, We have a family business…

The H-1B Visa 2011 season is about to start. The USCIS will accept H-1B visa petitions starting on April 1, 2010 for the new fiscal year starting on October 1, 2010. Employers can request for the start date for up to 6 months in advance. Visa petitions will be rejected by the USCIS if the…

This is continuation from of my journey – I Failed in College, Love and Life. Here’s My Come Back Plan. It’s Working. Here’s my F1 Visa Interview experience and it was a Nightmare to deal with. With close to dozens of backlogs, I was well aware of my chances. F-1 Visa interview experience  I am… 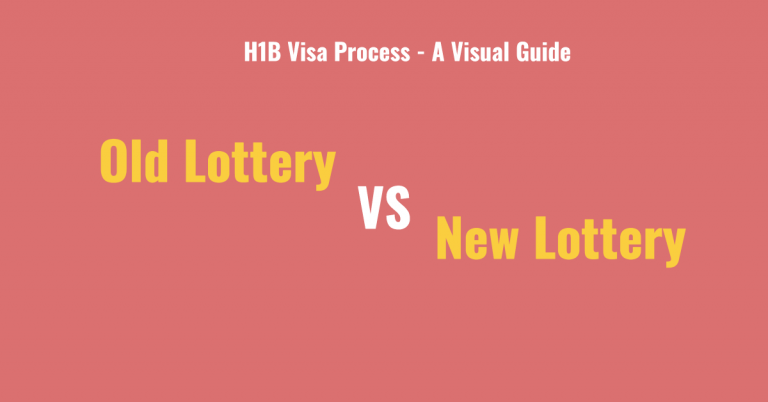