Here’s a question from Jyothsna, which in summary asks: Which is better, MIT or IIT Kharagpur? He sent this email:

Hi! I have some doubt…Which is valued more, an IIT from Kharagpur or an MS from a top most university in the US? Who will get a job first if graduates from both schools appeared at same time for an interview? (Both have equal percentage and everything else is the same.)

You are the very first person to ask this kind of question. Before we post the answers, it’s good to ask the readers about their views.

Leave your answers as comments below. It’s good to consider as examples MIT and Stanford as the top universities in US. Let’s now make the comparison with IIT Kharagpur.

Although you are talking about earning a bachelor’s degree only, but the end result from comparing these two options would be different. Higher education abroad offers you with an international exposure, it makes you ready for the global economy.

Try to understand your objective behind gaining a bachelor’s degree. Another important factor you need to consider is the cost involved, because there would be a huge difference in the cost structures between India and abroad.

In case cost is a big concern, you can plan to take a master’s program abroad, so just go ahead with your intention to pursue a bachelor’s degree at IIT.

In a Third World nation like India, where jobs are more important, choosing IIT is always a safe bet.

Whether you are interested in engineering or not, but in your school years, you have been topping it, and you choose science in your plus 2 and let us suppose you stay in New Delhi, so you are able to crack the Vidya Mandir entrance test or FIIT JEE scholars batch, and two years of hard work, and you make it to IIT, you life is secured in India.

Even if you tell your parents that you might have topped most exams in school, but you don’t like science and technology, and are rather interested to getting into marketing or fashion designing, they would say that clear IIT, you can also pursue those things after your IIT.

However, at MIT, only those who are interested in engineering can join, but how many come out as graduates? The entire world knows.

Yes, getting into MIT is fairly easy. Although you are from the US or Western Europe, getting out of MIT with flying colors is tough, too though I would say.

Advice 1: Let your kid do what he/she wants to do. They’ll have a much happier life that way, if not the most glamorous.

Advice 2 (in case you just can’t agree with Advice 1): It depends on whether you’d thought about this properly or not. You say going into the top university in the US, right?

Have you thought about what it would be like if your kid does not want to come back to India after having spent 4-5 years at a minimum (undergraduate) in the US? It is an entirely new ecosystem – college, friends, activities, jobs, etc.

You can’t really be serious if you think, “Oh I’ll transplant my daughter in Michigan and then transplant her back here with a nice degree.” It does not work that way.

The education that you get in a certain country is best suitable for jobs in that country. Unlike what others would have you believe in, degrees are not that transferable or as valuable somewhere else. 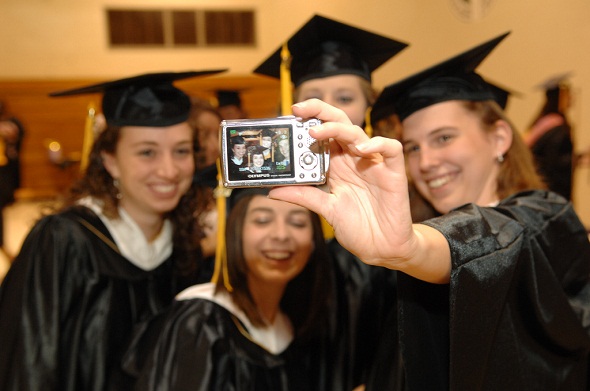 Through this post , I would like to bring to the air the thinking pattern I underwent in selecting universities. After having decided to go with MS in US, the story isn’t over there 🙂 .. There are many things to follow and I would rate university selection as one of the pivotal and key factors. There are 2…