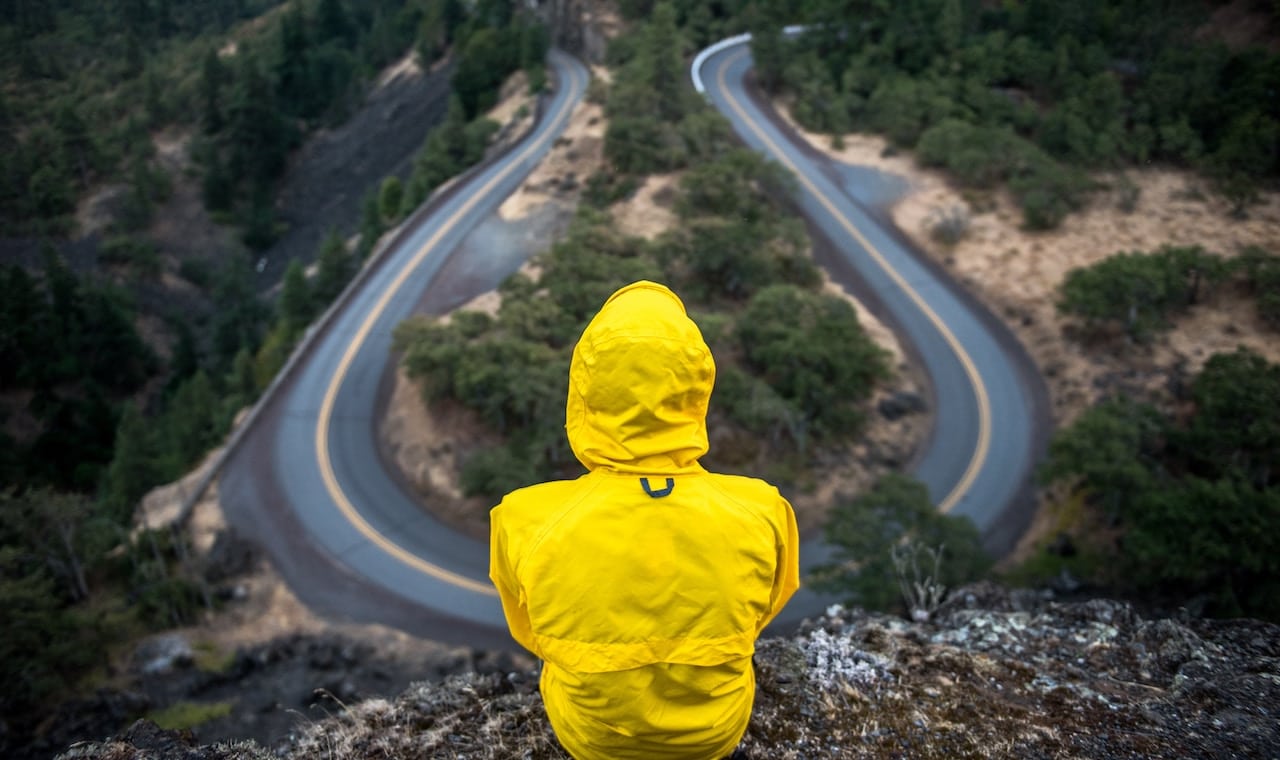 Lets take it from where I left off in my previous post – Education in USA – Is it Worth The Cost?

Continuing on with the career aspect of studying abroad, lets shift focus on what happens after you finish your masters degree. There are three options here for you to consider-

So, lets dig deeper into each of these options one by one.

Finding a Job After Masters

Lets start with getting a job. As aforementioned in the previous post, most of my writing will be US specific. But it ought to hold good for most other western countries and their economies.

To start with, lets get a little perspective on this whole H1-B visa. Getting a job is what most Indians really go to the US to study for.

That mouth watering dollar salary with an extra topping of the dollar-rupee conversion rate is what drives a lot of people to take insanely high student loans and invest so much time and money into this whole exercise.

In fact, probably 20 years ago, in the 90s, when this whole mass exodus of India’s tech talent to the US reached its crescendo, most people went to the US directly on a H1-B work visa(a lot of which were on offer then when compared to now) which gave birth to a whole lot of rags to riches stories of Indians making it big in the US.

Then, there was no sham of a masters degree. It was a no nonsense, get to the point direct route. You wanted a better life in America, you directly applied for a work visa.

Then, 9/11 happened. That singular event caused such an overhaul of America’s immigration and security systems that after 9/11 you’d be joking if you directly applied for a job in America from India and hoped to get a H1-B. Post 2001, Indians started taking another route to the US.

Go as a student and then after studying change your status from student to work. It was a genius plan and it did work for some time. But, the 2008 recession screwed its effectiveness and the present crop of Indian students going to study abroad, hoping to replicate the success of their predecessors, are largely unaware of this fact(Hell, the present crop is largely unaware of why they’re going in the first place!).

Anyway, enough of perspective. Now to get to the point (I know its about time!), getting a job now in the US, in this economy is not as easy as it used to be. To add to your woes, getting a H1-B also isn’t. You see, unlike the student visa, the applicants themselves cant apply for a work visa directly.

The employer needs to apply on their behalf.

The cruel twist of fate here is, there are not a lot of employers around who’d want to do that. Why? Well why would someone go through all the trouble of dealing with the US immigration department(like that’s easy!) to employ a foreign worker unless he/she is really worth it?

They’re better off hiring local talent. So except the big MNC’s not a lot of small startups hire foreign talent, and trust me, getting a job in big MNC as a fresh college grad ain’t no mean job!

So to sum it up, there aren’t that many jobs, with that you have an additional constraint of narrowing down your search to employers who are ready to sponsor an H1B and to add to that you have a limited time to do that. So unless you can deal with all that, go figure!

Now apart from the immigration issues another thing I’d like to add is that, campus placements for international students in US universities is like a joke.

Most companies who hire in job fairs, hire only US citizens or green card holders.

International students need to entirely depend on references from their professors or rely on professional networking to get a job, or even an internship.

So please stop looking at US news rankings to decide on a university, unless you make it to an Ivy league school, because, frankly speaking you’re employers don’t give a rats ass about which university your from! Intuitively, that makes sense because if doing you’re masters is a means to achieve an end and not for academic salvation, the quality of your university really shouldn’t matter.

Many people could argue that I might be over rating stuff because the US government gives everyone an Optional Practical Training (OPT) period to get a job. But that ironically can lead to your downfall. The OPT program, after you finish your studies, offers you a 3 month window to search for a job. If you cant, then you simply pack up and leave.

Its insanely hard to expect to bag a job in that much time unless you have an equally insane amount of contacts in the industry. Most people combat this by getting an internship during summers(which again depends on your contacts and references) and try and bag a job in the same company or delay their graduation to borrow more time.

Basically, by the final semester of your course, if you came to the US to look for a job and you want to pay off your huge student loans, you my friend, have got a hell of a lot on your plate and you need to be either an extremely bright student or need to be exceptionally street smart or you might find yourself in a big mess. Bigger than what you bargained for.

Some students in their desperation also end up at job consultancies which only really offer a lot of IT contract based jobs.

That means the whole point of you going abroad to pursue a career in your area of interest, assuming its not IT, is defeated. Taking for example again the semiconductors industry. Most of the entry level jobs in this industry are here in India simply because big MNC’s cant afford to keep those jobs in the US.

So if you went to the US to get a masters in VLSI and wanted to a career as a VLSI engineer, you wont find a lot of openings for your level of experience unless of course you re really worth hiring or you have lots of references within the industry. So be industry specific.

See if your industry is really good in the US with a lot of openings or is it better off in India. Do not listen to some uncle of yours or some friend or some educational consultant or some random person who says that there are more ‘opportunities’ abroad or a better ‘future’ or a masters degree has ‘value’. Its generic statements like these that absolutely piss me off!

The biggest anti-climax to all of this would be if the country to which you went cancelled the post study work authorization for international students.

This is exactly what happened in the UK. So at the end you face the same basic drawback- you re in a foreign country and you are at the mercy of a foreign government. This is one fact you can never afford to overlook.

Now after that rather lengthy discussion about the first option, lets take a look at your second option. A Phd.

Generally, people who dont get a job after their masters, to legally stay in status as a student go for this option.

Real Phd aspirants who go on a research scholarship and have some kind of a career waiting for them in research are getting lesser and lesser.

I have a cousin who studies at Rice university, which is an ivy league school, who went to the US on a scholarship, got a Phd and is doing some really useful research in signal processing. People like him are getting rarer. Most work that gets passed off as research these days for a Phd degree isn’t really of high quality or has some meaningful ramification.

So if you want a career in research that means something you better make sure that you are at a university of some repute and you re research isn’t some redundant, irrelevant stuff which is just an excuse for a lot of people just to stay in status.

Now to touch upon the final subject of the poor souls that return to India empty handed.

You would be surprised to know that the industry here just sees you as another fresher and offers the same salary as any other fresher.

No special treatment just because you got your degree abroad. Blame that on that large number of students who go abroad to study, which has reduced the sheen on a foreign degree or on the fact that most recruiters simply don’t give a shit about your degree and focus on industry specific skills.

Either way, if you depended on your degree to pay for itself and your student loan then kiss those chances good bye. With the salary that you get in India I don’t think you can pay off that huge a loan in the amount of time the bank gives you and banks are known to have a thin patience in such matters.

If your parents funded your education then well, you lost a huge chunk of their savings, unless of course you come from some uber rich family and the amount of money you spent was insignificant to them. Basically you don’t get a return of investment.

I touched upon this because before taking a huge loan or investing such a huge amount you need to take into consideration this possibility too.

In my next and concluding post about foreign education I will discuss about matters other than the career aspect and other misconstrued notions about education abroad. Till then peace out!

Your resume undoubtedly has to be impeccable, but it is the cover letter that first reaches your prospective employer and should stand out to get you that desired job. Create a draft of your cover letter and check whether all the items included in your cover letter checklist have been taken care of. Ideally your…

Continuing the thought  provoking discussion, here is a comment posted by a reader at 20 Fascinating Differences Between Lifestyle in India and USA ***** I have been in IT industry last 6 years , it was my long time plan to higher study in USA due to some family influence . But after being in…

Doing part time jobs would definitely make student life easier. It offers many benefits, but the most practical is that it will help augment your monthly living expenses. However, you must be aware of the fact that it must be among the least of priorities in your list of options for finding ways to meet…

Let’s talk about the State of Job Market in the U.S.A. and chances of finding a Full-Time Job in the USA. By, Full-Time, I’m referring to Direct Hire positions, not via Desi Consultants with fake resume (and I’m 101% against using any fake profiles, resume and proxy interviews). I have written about the Desi Consultants…

During job interview, hiring managers are looking to find faults with you. One big reason not to hire you. As an interview candidate, its your job to know the pitfalls and stay away. US News had this interesting article on how to ruin your job interview. I saw that and can relate to my personal…