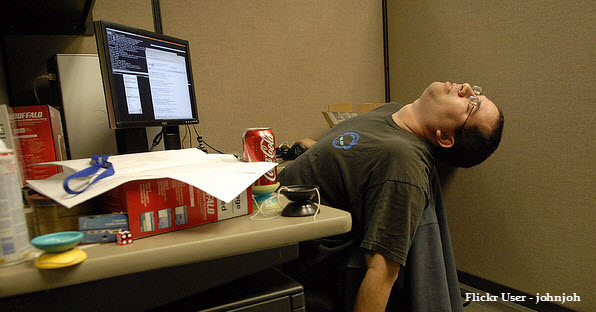 For the last several years Bob received excellent remarks.  His code was clean, well written, and submitted in a timely fashion. Quarter after quarter, his performance review noted him as the best developer in the building.

But. whats the catch?

Verizon helped to uncover a 4 Hour Work week kind of outsourcing implemented by this Bob – a Full Time Employee in a U.S. based IT company.

Here is a simple overview about 4-Hour Workweek, which explores one of the components to lifestyle design:

Last 2 items in the checklist is Outsource your life and Design your job to increase mobility.

That’s what Bob did.

He hired a Chinese Developer to do his work, while he was browsing the internet.  After identifying a VPN connection from China, Verizon was asked to figure out what was going on.

As it turns out, Bob had simply outsourced his own job to a Chinese consulting firm. Bob spent less that one fifth of his six-figure salary for a Chinese firm to do his job for him. Authentication was no problem, he physically FedExed his RSA token to China so that the third-party contractor could log-in under his credentials during the workday. It would appear that he was working an average 9 to 5 work day.

Now, question to you.

What do you think that IT company will be doing now?

I think, Bob just set an example for the company to save money. Chinese Developer can write high quality code for a fraction of the cost of a U.S. Developer.