I (Atma) have been reading the HSB for over a year and I wish to share my knowledge and experience in buying a used car in the US.

Yet the sheer comfort and the time saved in owning a car overcomes all of these, further the comfort of a car during the winter snow is incomparable. The public transport leaves much to be desired in this country.

Indian buyers are generally responsible and thrifty. The very first thing you would plan is the finance.

There are way too many options when it comes to cars – the performance / fuel economy, age of cars, budget, number of doors, makes, number of engine cylinders and finally even color can be a choosing factor.

It is always wise to rule out one or the other option and that allows you to focus.

It takes a fair amount of time and research to arrive at these parameters. Later in this article I would explain how I arrived at these and how you can determine yours

Many people like cars and it pays off when it comes to buying one. So I take the liberty to get geeky in this part.

Its good to know what makes come from which country. I list some popular car makes seen on the road here in the US.

Usually American cars are made to match the local psyche – use and throw. In general they have a lot of muscle, less fuel efficient, and wear away after 150k miles.

Japanese cars are known for their reliability and features. For lesser cost (first hand) they pack fuel efficiency, safety features, utility features and the parts need replacement only after extended usage. Further they depreciate much gracefully when compared to American counterparts.

It is wise to buy a car with as low mileage as possible. This increases the reliability of the car, reduces the need for replacement of parts once you buy it and ultimately increases the resale value and the ease of selling it.

Generally the heat, struts (suspension system) and tires would need a replacement at around 100k miles and commonly that is the mileage at which owners decide to sell a car away.

However, lower mileage cars in good condition are really expensive.

For American cars a mileage bracket of 90k to 130k miles is practical assuming you would sell it off after 3 years of use.

Indians generally stick to the US national average of about 1000 miles per month. So in 3 years you would have added 36k miles to your car that leaves your car in a salable position.

Japanese cars with such low mileages are few and far between.

Toyotas and Hondas can be bought at much higher miles on them!

I care to write about this because I am a fan of fuel efficient cars.

With gas prices soaring in everywhere, I bet everyone has to think about this at some point of time.

There is a trade off between power and fuel efficiency.

These are averages for automatic transmission cars and can vary with models and condition of car.

Manual transmission cars generally provide greater mileage but that depends on the rpm you shift the gear.

The fuel efficiency could reduce with age, mileage and the condition of the car. The equation is changing quickly with newer models packing good power yet being fuel efficient.

Japanese and Korean cars are well known for their fuel efficiency.

For people living in northern states (like me), driving in the snow is unavoidable.

It is tricky and needs a whole different skill to master it.

Safety features like ABS (Antilock Braking System), Traction Control have become a standard in most cars manufactured after 2000 (this was one of the parameters i set in my personal search).

Further cars with safety features would be easier to sell in future.

One thing I like about cars in the US is the Vehicle Id Number (VIN). This is the chassis number (as we call in India) and all critical facts about the car get tagged to the VIN.

Details such like whether car was in an accident, whether it was salvaged or rebuilt get entered. If the car was well maintained by a certified mechanic, even major repairs get entered.

You can find the VIN on the windshield’s driver side corner from outside or from the registration and title papers.

Websites like carfax, autocheck, vincheck etc. will search and generate a report for a fee.

Other websites like NICB will tell you the critical info (whether the car is a stolen one or whether it was in an accident) for free. In most cases this info would suffice.

There are plenty of auto sites that write reviews about cars and tabulate their features and reliability stats just like those for electronic gadgets.

My favorite is AutoTrader.com and edmunds.com. You can search a car with its year-make-model and find everything you needed to know about that model.

Websites like kbb.com [kelly blue book] and edmunds.com allow you to fill up the specs and get an estimate of the car’s worth.

As you would know buying from a private party is cheaper than getting the same car from a dealer. It is a misconception that all cars from dealers have a warranty, some dealers sell the cars as-is.

Generally the kbb shows a higher estimate than edmunds.com and people suggest calculating an average of the two and use that as the starting point when you bargain.

Checking Account usually don’t pay Interest Rates. My emergency funds are at Online Savings Account. But, I do have an online savings and checking account. Lets talk about personal finance, savings, interest rate and Online Savings Account in this post. I was chatting with couple of students and discussion about money came up and his…

How do students spend money in the U.S.? It’s actually quite amazing when you think about how the spending habits of students change over time. For the first 3 months of your stay in the U.S., you will be spending at the bare minimum for every expense. But after 3 months, you could see changes… 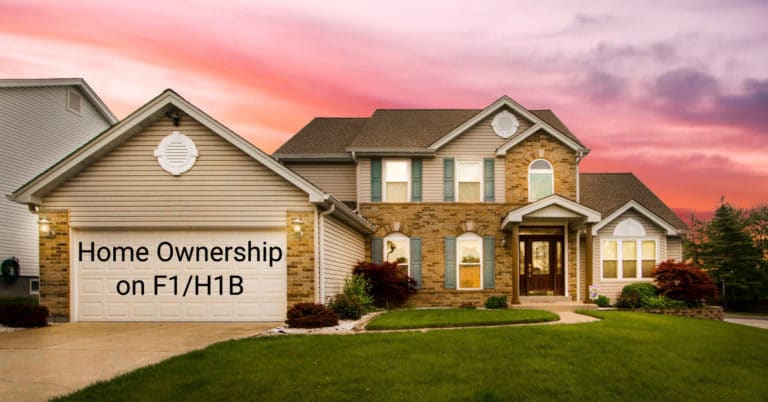 In this video, I have a simple message for students in USA and prospective students trying to get to USA. Message is Simple Know the Rules. Follow the Rules. Don’t get caught by copying your assignments. Read the following articles I’m In Big Trouble for Copying Assignment Following is taken from Indiana University   What is…

When I chose to come to America, I was just 20. And, being the eldest daughter and grand daughter of the house, I was always pampered and never away from my home. But, I still had this big dream of coming to the US. Not because of the fancies it brings along, but instead, I wanted…