Image you see above is McGill University at Sunset.

This article was written by Vincent –  Recent Graduate from McGill University, Montreal, Canada. I found his blog, where he was sharing his journey to Graduate School. I then reached out to him to contribute guest blog post for Happy Schools.

I sincerely doubt I would be at the level of academic performance or curiosity that I currently am without experiences at McGill University that guided me.

I arrived at McGill as a transfer student from out west in Canada. I never dreamed of being an academic before arriving at McGill but was quickly swept into the scene in my junior and senior years.

The City of Montreal is a fantastic city to study in. With its humungous student population, lively nightlife, unique culture, great restaurant scene, and its affordability, it’s not surprise why it commonly makes lists of the best student cities in the world.

Personally, one of the aspects that attracted me to study at McGill was because Montreal represented a culture that was unique and different from the rest of Canada. 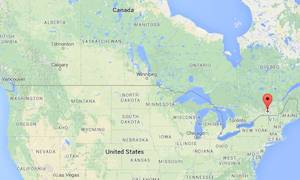 Montreal has a rich history, is culturally rich, and I firmly believe that Quebec represents a nation within a nation.

Likewise, with the standard of living of a world-class city but the affordability not found in many Canadian cities such as Toronto and Vancouver, living in Montreal as a student is very manageable.

In fact, it was a couple of professors who acted like mentors and persuaded me to push myself academically and to apply to graduate schools. It was the plethora of research opportunities at McGill University that shaped my path towards grad school that I am currently on.

On the other side of the coin, you need to seek out these opportunities yourself and they can often be hard to find. Resources are plentiful but students are not always aware of all the student services that are available to them.

Class sizes are often quite large and you need to take it upon yourself to build relationships with professors.

So in other words, opportunities are everywhere but you need to know where to look to find them. I found that one of the most effective ways of finding out about opportunities is to talk to senior students or find a student mentor.

[highlight type=”standard”]Finding people who have excelled academically at your university and taping into that knowledge is often how junior students move up the ranks.[/highlight]

One of the best things about major Canadian universities, particularly schools like McGill, University of Toronto, and University of British Columbia, is that they have quite rich and diverse student bodies.

Canada, in general, is an immigrant country by nature and people come to both live and study there from all over the globe.

For international students this aspect of Canadian universities can be easier to adjust to because there isn’t a high degree of the “outsider” effect where you may feel like you don’t belong in a certain student body.

Even if you prefer to connect with internationals from your home country or region, there are plenty of student groups and circles where you can keep a little part of home on a Canadian campus.

Perhaps the best aspect about Canadian universities is their affordability, even for international students.

See Also : Q&A with Student from University of Alberta

In the next article, Vincent shares tips on how to apply to Graduate School in Canadian Universities.

This article was written by Vincent Mauro, who graduated from McGill University with an honours B.A. degree in Political Science and currently reside in Mexico City. He blogs at  www.theacademicadviser.com, about his application process to Graduate School to Ph.D. in Political Science.