While, the news unraveled from today morning, there were a ton of unanswered questions. Things were not adding up.

FAKE University Setup by the Government – a Sting Operation

Now, we know the reasons Source – Detroit News and 8 people have been charged.

“… the university was being used by foreign citizens as a ‘pay to stay’ scheme which allowed these individuals to stay in the United States as a result of of foreign citizens falsely asserting that they were enrolled as full-time students in an approved educational program and that they were making normal progress toward completion of the course of study,” the indictment reads.

The students knew that the university’s program was illegal, according to the indictment.

Do you remember University of Northern New Jersey?

The undercover sting using a phony university started in 2015 but intensified one month into President Trump’s tenure as part of a broader crackdown on immigration fraud, according to the indictment. pic.twitter.com/4bfoQztv0R

The Michigan university federal agents used in immigration crackdown had an office building and a web site but was otherwise a complete fiction pic.twitter.com/mm6rgQng3R

Reasons for Removal Stated as follows: 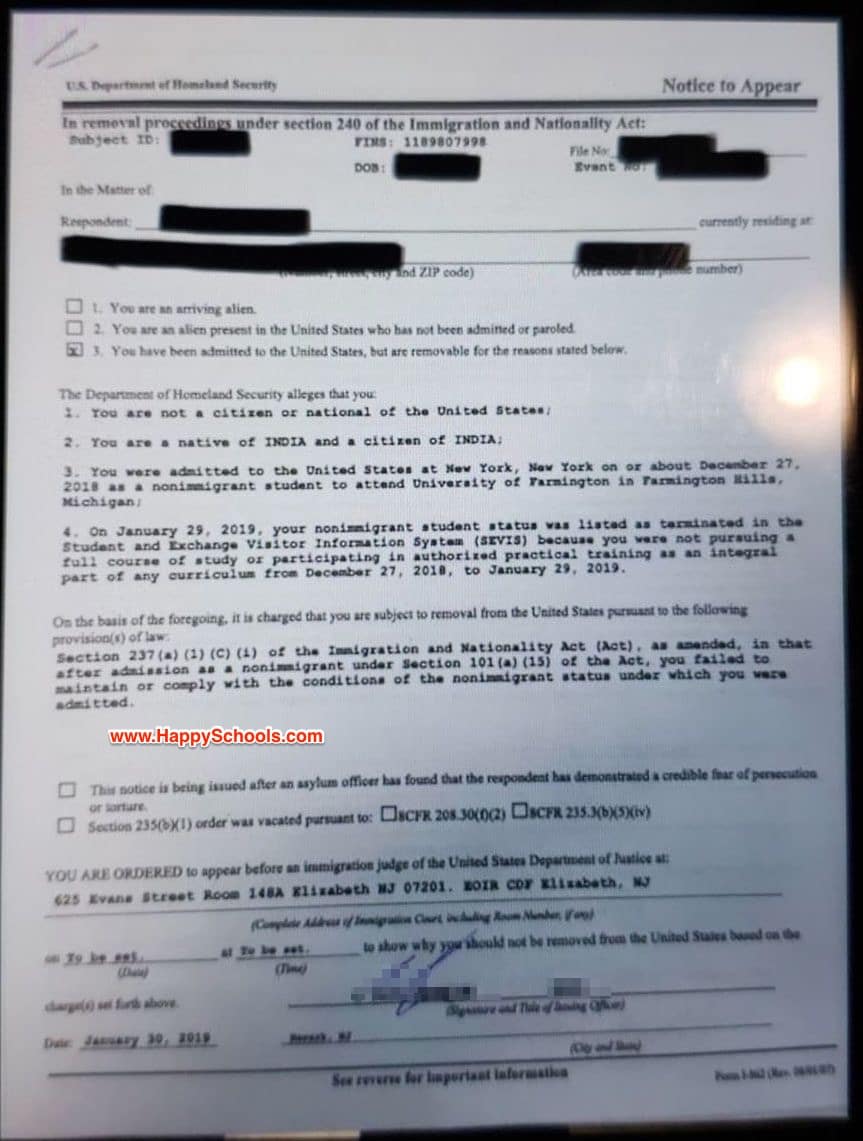 We may not know all the answers, but do know this.

Don’t mess with US Immigration Law and maintain your Valid Visa Status.

There were some comments that these students were involved in Day 1 CPT with Practical Training. But, the removal proceedings notes say they were not in school or attending practical training.

In meantime, here are some screenshots and messages from this thread on F1 Visa Facebook Group. 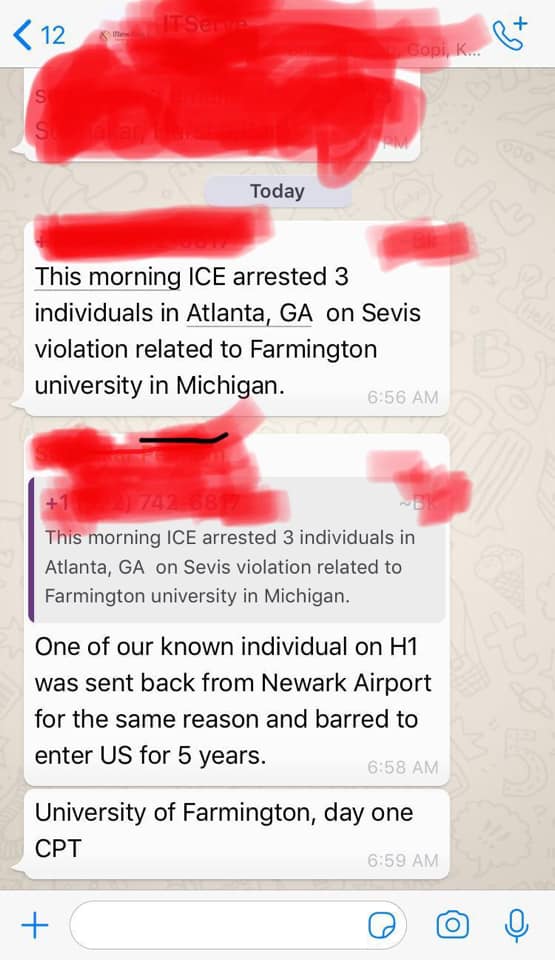 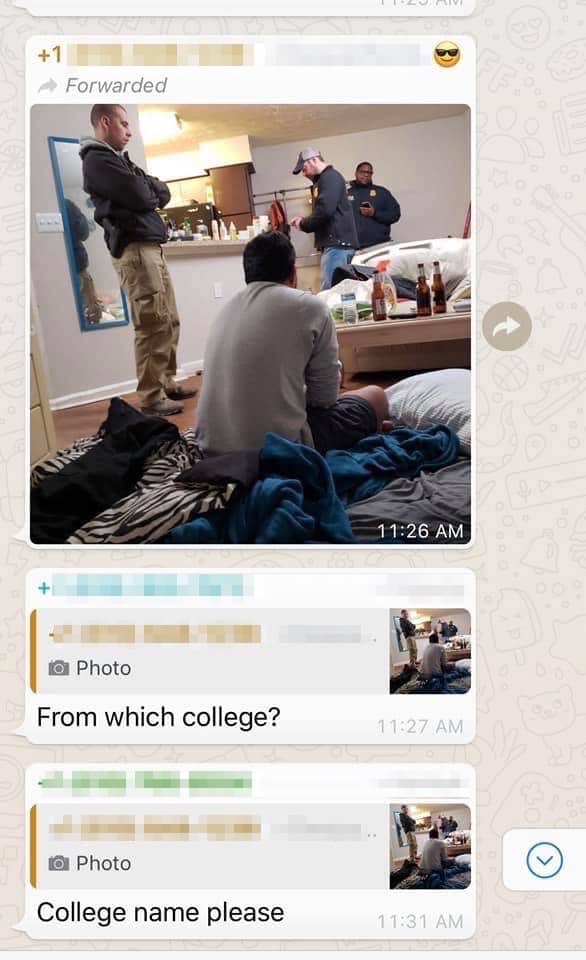 What Happens to The Arrested Students

With a similar event with the University of Northern New Jersey, students were given the option to transfer to the different school.

But, this time around, looks like these students would go through the removal proceedings from the USA.

This is developing news and stay tuned for more updates.

Do you know anyone from the this University of Farmington that I can talk to learn more? Please reach out via comments below.

I’m sure you all remember the Tri-Valley and Herguan University Raid.