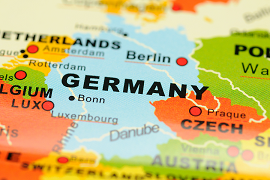 > Following post was shared by Puneet ( PhD Student at Frankfurt).

Meanwhile during my tenure as a JRF, I was applying for PhD positions in US and had applied to 10 US Universities (spread all over US- Iowa State, Florida SU, Nevada U, Michigan SU, Minnesota SU, Texas A & M, UC- Davis etc).

Though, the admission decision was still awaited, I came to know (December 28, 2011) about a nice Marie Curie Fellowship (Initial Training Network) for an open PhD position at multiple places in Europe & Israel (Italy, Germany, Austria, Netherlands) .

So, I decided to apply full fledge for a position in Frankfurt and was very confident that I will get through (considering good Letter of Recommendations, CV, Statement of Purpose and more importantly ‘Intuition Factor’).

Visit Study in Germany page to get more information of higher Education in Germany.

And finally, I was selected (March 26, 2012) after going through a round of interview over Skype with my boss, which mainly revolved around my master thesis work and about current (at that time) work.

Once the admission decision was announced, everything went so fast. The first thing I that really impressed me was the efficiency with which the official work (Invitation Letter, Hosting agreement, other Visa documents, and verification of my mark-sheets/degree) was carried out by the concerned authorities.

I had no real-trouble dealing with visa and was successfully granted the visa for 3 months (initially, which was extended later once I reached Germany).

I landed here in Frankfurt on May 6, 2012, filled with mixed emotions- happy (as this was what I wanted and was striving a lot for), nervous (as how it will be here, all HOWs and WHATs were roaming on my mind) and sad (about leaving all the loved ones back home).

But thankfully, everything went well- the initial period was a very different experience, since we as ‘Indians’ are not used to ‘Isolated’ version of life (I would say so as once you reach abroad, you start missing even the slightest or minutest of the things of your home place/country).

Before landing here, I was under the impression that it will just take a few days for me to settle down but in general it took ~6 to 8 months, as I feel one needs this much time to settle down in work, life, people and the general environment.

Though, language was never a problem- but I would surely admit I lost a bit of hold over my English, since I had this thing in mind that may be the other person (in general) may not understand English, so I started speaking in bits and pieces. Wherein, everybody at my working group (in Frankfurt) can speak English really well- so it was an added advantage.

To Be Continued –  Student Life in Germany.

P.S : If you are in Germany or in the process of apply for German Universities, I have good proposal for you. Send me an email or leave a comment to this blog post.  I will contact you with additional information.