As expected, I got Administrative Processing for F1 Visa Interview.

As put by the guest who shared this interview:

My name is Muhamed and I have lived in Saudi for 15 years.

We have been looking at different F1 Visa interviews experiences that result in Administrative Processing.

I had my visa interview on the 10th of July at the Mumbai consulate. The appointment time was at 7.45am, but that’s just really to show up as there was a long queue starting from the courtyard. I sat and waited to go inside. There was a token number line and a fingerprinting one in different areas.

I misheard the officer announcing and went to the fingerprinting line after standing on the token line for a while. That added time. Finally, I got my token no. 399 and the ongoing number was 201 or something (screwed!).

After waiting for quite a while and passing my time talking to these two cooks who were traveling to the US as chefs on a cruise liner (they were an excellent company).

And watching an Indian VO on counter 37 rejecting most of the visa applicants that came his way with a thorough grilling session, my turn came at the counter #27.

I walked to the counter a way off, greeted nicely with a smile by a young American VO.

I applied for an F1 visa for an associates degree in liberal arts and sciences at a community college through credit transfer almost seven years back, after having completed two years in biomedical engineering. I got two rejects and didn’t pursue the matter further.

The VO took a while and was going thru my application on his computer I believe. (strike 1)

VO – What are you going to the US for?
Me – To do my Masters in Filmmaking, that is, an MFA in Film Production.

VO – Why Florida State University?
Me – Well, its one of the best and most selective film schools in the world right now and the production costs for making my films is going to be paid by the university. There are only 24 students selected every year. Also, it has a great faculty.

VO – Did you apply to any other university?
Me – I applied to Columbia and University of California, Los Angeles.

VO – Did you get any acceptances?
Me – No. Florida State University was the only one that accepted me on the basis of my creative portfolio and then called me for an interview.

VO – Are you carrying your creative portfolio?
Me – No, but I can state verbally whatever was submitted by me.

VO – Ok
Me – Besides the SOP, I submitted a writing sample of a play and a feature film treatment.

VO – Describe the feature film.
Me – I described it to him. (Now, there was a confusion from my side. I realized this after the interview was over. I answered this in detail but I realized later on that I never did submit a feature film treatment to FSU, rather it was submitted to Columbia and UCLA. I hope this won’t be a problem. I’m dreading it)

VO – Whats the title of your feature film?
Me – Gave him the title.

VO – What are you going to do after your masters?
Me – I plan on working on this feature and promote myself after having made my showreel in India. (was stammering a bit here)

VO – Who’s going to pay for your education?
Me – My father

VO – How much does he earn?
Me – Gave him an XX amount

VO – It says in your form that you have relatives in the US.
Me – My uncle, my mothers brother is living there in Phoenix, Arizona. (strike 3)

All the while he was incessantly typing away while listening to me intently, sometimes stopping in between.

All this while, there is another person, standing there and watching over the VO and me during the interview.

The VO shuts the lid, discusses something, and gives me the dreaded 221(g) yellow slip. They don’t ask me for any documents.

He said that that I need to check the website and check whenever my barcode is listed.

He then returns my passport and I-20. I ask him whether my visa is rejected. He says it’s going to further processing. I was a bit irritated. So don’t even remember saying a thank you although he wished me. But I did give a short smile.

Throughout my interview, I being a bit nervous, answered all my questions confidently, was dressed formally. Whenever there was a pause between the interview, I used to stare in wonder at what the hell was this guy typing away. I hardly smile whenever I explain myself, and that was the same case here as well. The VO never asked for a single document.

I’m a Muslim; my first name starts with Mohammad, and I’ve lived in Saudi Arabia until I was 15.

From there on, I’ve been studying in India, making trips to Saudi Arabia every year to meet my parents and renew my resident permit. In the past year, I have traveled there to cancel my resident permit and to the UAE for a vacation.

I guess the visa officer has every right to check my background and all looking at my history. But I hope this is not a visa rejection, and all of this happens quickly. I need to leave by the 14th of August to attend orientation. I was already allotted a room in the hostel (sheesh!).

But more importantly, this is a tremendous career boost for me. FSU is an outstanding film school from what I’ve asked around and read about and has a notorious selection process. I feel special to have gotten in, and I need that visa. It’s up to God now, I guess.

Thank you Happy Schools for all the guidance. Couldn’t have been prepared without you and all the people who posted here.

“VO is not dumb.” You will see why this interviewer made the above comment. Hi guys, my US F1 Visa was approved just two hours back. This website helped me a lot to conquer the Visa interview despite of a low TOEFL score which is 81. Here is the interview experience for F1 Visa Interview for…

Following post was shared by Vishal Kumar place : Hyderabad date : November 5 time :11am status : Approved. University – MS Bioinformatics, IUPUI Funding : 2000$ scholarship and  350$ Graduate assistanship. To start with my profile, I have 70% in my under graduation n Scored 305 in GRE. I was refused Visa once for…

How long can you afford to wait in 221(g)? As per this experience, F1 Visa Administrative Processing times is just 30 days. And there are several articles linked at end of the article about 221(g) and most of them got the Visa in less than 60 days and there are exceptions as well. F1 Visa… 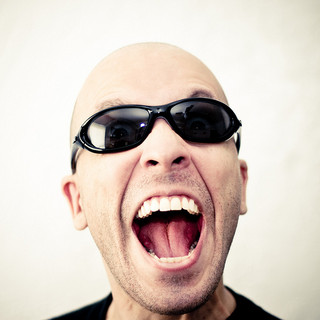 I have applied for Oklahoma City University & got rejected on my 1st attempt in Hyderabad consulate. My F1 Visa interview was very crisp & dint go too long. The VO rejected a student and a Dependent Visa just before me. My interview went as below,  please suggest me on what corrections do i need…